States given two options to ensure MSP for farmers

The NITI Aayog, in a concept note floated a few months back, had suggested three models of procurement but the Centre, at least for the time being, has decided to rely on existing PSS schemes along with giving states the option of choosing Bhawantar Bhugtan for oilseeds. 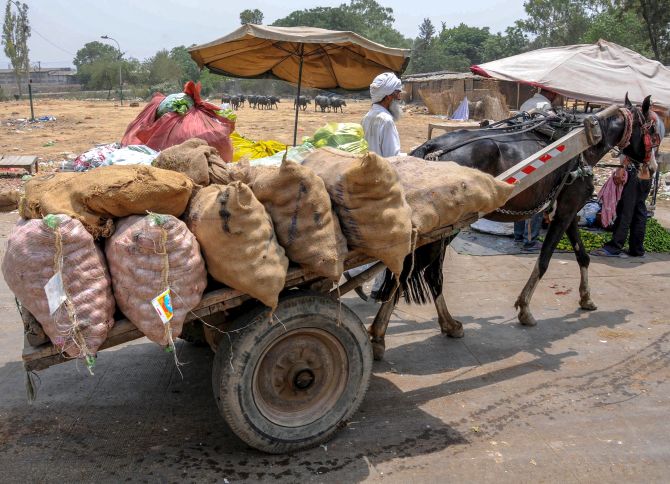 The Centre seems to have zeroed in on two ways to ensure that most farmers get the benefit of its increased Minimum Support Price for the 2018-19 season.

In the first, sources said that the existing Price Support Scheme could be continued for coarse grains and pulses, while for oilseeds, state governments will be free to opt for either the PSS or the Madhya Pradesh's Bhawantar Bhugtan Yojana.

Under the price support scheme, state governments, in conjunction with central agencies like Nafed, procure crops other than wheat and rice in the event of a fall in prices while the expenditure is borne by the Center.

Last year, officials said around Rs 290 billion worth of pulses and oilseeds were procured by the central government under PSS, which was a new record.

In addition to the PSS and Bhawantar, officials said pilots could also be conducted for allowing private players to participate in the procurement of oilseeds and pulses. Based on the response, it could be expanded.

"Other than wheat and rice from farmers, whatever be the mechanism to procure crops would have to be within the existing available options. We cannot attempt something which will be difficult to sustain in the long run," a senior government official said.

He said that several options are being considered and a final decision on the mechanism would be spelt out before the kharif harvest of 2018 starts hitting the market in full force.

The financial implications of both the proposals are being worked out but sources said they may not be substantially more than the current financial obligation that the government faces in procuring oilseeds and pulses.

The NITI Aayog, in a concept note floated a few months back, had suggested three models of procurement.

The first is the Market Assurance Scheme, under which the Center gives operational freedom to states to intervene in the markets in the event of a fall in prices below the MSP, while sharing a portion of the loss.

The second is the price deficiency payment -- modelled on the lines of Madhya Pradesh's Bhawantar model -- and the third is employing private players to procure on behalf of the government for a concession.

The three models were thoroughly discussed and deliberated in various forums and also with the state governments.

However, it seems that the Centre, at least for the time being, has decided to rely on existing PSS schemes along with giving states the option of choosing Bhawantar Bhugtan for oilseeds.

The Madhya Pradesh government, along with some others, have already started registering farmers in the two schemes for kharif 2018.