Oil prices jumped nearly $3 a barrel and gold and safe-haven bonds rallied on Friday after the killing of top Iranian commander Qassem Soleimani in an airstrike by the US in Baghdad. 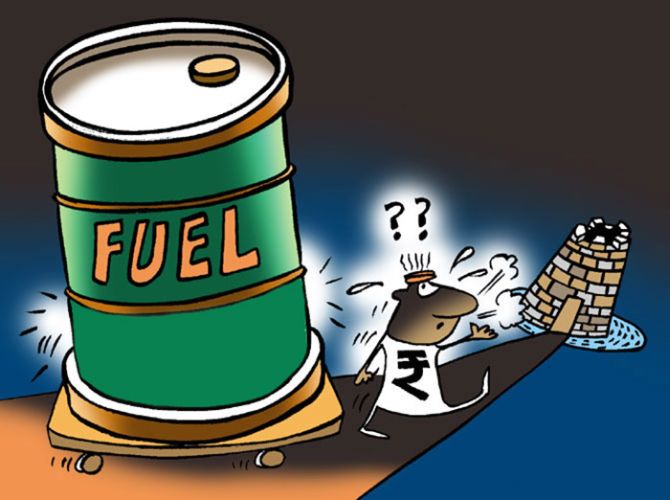 With the escalation in tensions between the US and Iran threatening to disrupt crude oil trade, Indian oil-marketing companies feel that the phase is temporary and the spike in prices may not sustain over a long period.

Oil prices jumped nearly $3 a barrel and gold and safe-haven bonds rallied on Friday after the killing of top Iranian commander Qassem Soleimani in an airstrike by the US in Baghdad.

There are concerns about an armed confrontation between the two nations as Iran has vowed revenge.

Iraq is the second-largest producer in the Organization of Petroleum Exporting Countries, pumping 4.65 million barrels a day last month.

Its immediate neighbours in the region - Saudi Arabia, Kuwait and Iran - together produce about 15 million barrels a day.

Surana said there was no cause for concern for India on the supply side as it was no longer a unipolar world.

“In this case, there is no change in the oil-supply demand situation.

"Only concern is the heightened tension. Everything will depend on the response," he said.

“The immediate thing is that the spike (in crude oil prices) may be concern-driven,” he added.

A CARE Ratings report indicated that Brent crude prices were likely to cross $70 a barrel in the coming days.

The report stated that any increase in the price was going to be a cause for concern for India, considering it imported more than 80 per cent of its oil requirements.

Other industry experts too echoed Surana.

“There will only be a temporary impact on prices.

"However, with Iran threatening to respond to these attacks, a long-term impact will depend on its response,” said S K Joshi, former director of finance at Bharat Petroleum Corporation.

In the current financial year, India has imported 4.5 million barrels per day (April-November) of crude oil, and its import dependency based on consumption has increased to 84.5 per cent compared to 83.3 per cent a year ago in the same period.

“The earlier situation that one group of players can control the prices is no longer there.

"Logically, there are three different places available -- West Asia, Russia, and the US. They are not very small or very big; all are almost equal quantities.

"Moreover, the response by these players to a situation will be different -- we can say counterbalancing responses,” Surana said, adding that the impact of a disruption at one place to the overall situation would be lesser than it used to be earlier.

In general, such geopolitical tensions will have an impact on India’s trade deficit, Indian basket of crude oil prices, and the exchange rate.

“You need to watch the exchange rate. In these situation, sometimes currency also may turn out to be a cause for concern.

"I still expect things will be better than what people are hinting at,” Surana said.