Promoters, who have a higher degree of accountability and public responsibility, should share more details about themselves, says N Sundaresha Subramanian. Image: Many Indian businesses still look up to their promoters for vision and guidance. Photograph: Reuters

The Panama Papers expose that rocked the world last week has brought out some interesting details about the foreign interests of promoters of Indian companies.

Some of them had used trust structures, others invested in personal capacities and so on.

Many of these companies have rushed to explain that these were legitimate investments, made by following all rules and regulations.

There is no reason to disbelieve this; it is certainly possible that each of these were legal investments, made of legitimate tax-paid money.

Understandably, business chambers such as Assocham have jumped to their defence.

“Instead of seeing all the remittances abroad with a needle of suspicion in the context of the so-called Panama Papers, we must realise a fair amount of liberal foreign exchange regime is in operation and which is how it should be,” its secretary-general, D S Rawat, stated on Monday.

“Let us not pre-judge the outcome of the investigations being done by a multi-agency government team. It would certainly find out what is permissible and what is not.”

However, one aspect that could be relevant to the securities market is disclosure. Where does the obligation end, of a promoter to disclose his personal interests?

Despite the corporate structure, board of directors and management, many Indian businesses still look up to their promoters for vision and guidance.

For most of the outside stakeholders such as creditors, institutional shareholders and even business partners of a listed company, the buck stops at the promoter or controlling shareholder.

Being such a vital cog, can the promoter get away with not disclosing his personal interests to public shareholders?

More so, when these are sought to be stashed away in tax havens?

What about the assets acquired in the name of immediate family?

Should the board of directors and management be kept at dark of these foreign assets, especially when these are in areas where the company itself has business interests and the promoter’s holding could be seen as a conflict of interest?

In the past, research entities and proxy advisers have raised questions about transactions between promoters’ privately held companies and the listed firms.

Rules were tightened significantly in the Companies Act and Securities and Exchange Board of India (Sebi) corporate governance norms.

Then, some dilution had followed after businesses argued against this.

There is already substantial disclosure in the annual reports about earnings of directors and top management in the form of salaries, fees and other perquisites.

However, every now and then, shareholders are struck by such surprises.

It should be a good issue for Sebi and its various committees to discuss if promoters need to disclose their foreign interests and, if so, to what level of granularity.

The issue of such foreign assets held by immediate relatives and connected persons should also be deliberated on.

When ordinary investors are required to disclose their investment history threadbare under global regulations such as Fatca, why can’t promoters, who have a higher degree of accountability and public responsibility, share more details about themselves?

If these investments are legal and legitimate, they should not have any problem in disclosing these.

The Supreme Court has taken an important step by asking billionaire Vijay Mallya to disclose his personal assets and those of his immediate kin.

Given the importance of promoters in the Indian listed universe, the regulators should examine if disclosures by them could be so enhanced as to minimise unknown risks and nasty surprises for investors from offshore locations. 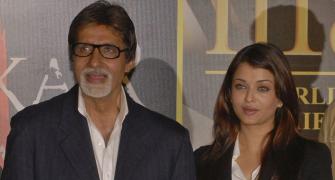