Facing downside risks from the sovereign debt crisis in the euro-zone nations and high oil prices, the Indian economy is likely to grow 8 per cent in 2011-12, the Reserve Bank said on Tuesday.

RBI's GDP growth projection is lower than the 9 per cent estimates of the government.

RBI Governor D Subbarao listed risks to the economy in the annual credit policy speech. They include, sovereign debt problems in the euro-zone, high commodity prices, especially of oil, and accentuation of inflationary pressure in the emerging market economies.

The central bank's projections are "based on the assumption of a normal monsoon, and crude oil prices averaging $110 a barrel over the full year 2011-12," he said, adding that "our baseline projection of real GDP growth is around 8 per cent".

The International Monetary Fund and the World Bank had forecast that India's economy would grow at 8 per cent and 9 per cent, respectively.

Subbarao, however, warned that global events may impact the domestic economy.

"Should the global recovery slacken...it will impact our economy through trade, finance and confidence channels," he said.

Recent political turmoil in Egypt and Tunisia, followed by the ongoing civil war in Libya, a major oil exporter and OPEC member, have pushed up global crude prices.

"An environment of price stability is a pre-condition for sustaining growth in the medium-term," he said. 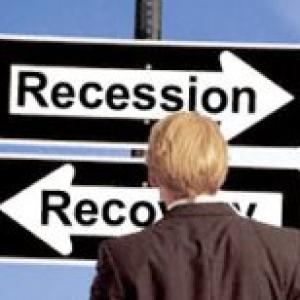