In a bid to shore up its non-fare revenue, the Ratlam division of the national transporter is planning to provide head and foot massages to passengers in 39 trains originating from Indore railway station.

The move is expected to see more passengers opting for train travel. According to an official, this proposal will fetch Rs 20 lakh a year whereas the deemed earnings will be Rs 90 lakh (towards ticket) as it will approximately see 20,000 more passengers in a year.

The service will commence in the next 15-20 days. However, massage services will not be available during night hours, that is, between 10 pm and 6 am.

“This is being done on a pilot basis. The contract for providing such a facility to passengers has been given for the first time in the history of Indian Railways,” he said.

Last year, a parliamentary committee had cited that the railways should give priority to remunerative and commercially viable projects so that it will not be under financial stress. It also asked the management to hike internal resources generation by improving non-fare earnings.

The railways had plans to generate Rs 39,000 crore from non-fare sources over 10 years. This included out-of-home advertising, rail display network, application-based cab services at railway stations and content on demand.

However, after getting minimal response from the industry, many such tenders got derailed. During financial year 2018-19, the railways’ sundry revenue was seen at Rs 9,800 crore, out of which around Rs 330 crore was coming from non-fare revenue, including the cab parking business. During the financial year 2017-18, the non-fare revenue of railways, categorised as sundries, was around Rs 7,500 crore.

To speed up non-fare activities centrally, a separate directorate for non-fare revenues had been set up in May 2016. In order to streamline advertising-related aspects of the railways, the directorate was later merged with the tourism and catering divisions.

In order to monetise assets and undertake revenue-yielding activities, the railways had decided to promote new ideas and concepts for enhancement of non-fare revenue in August 2018. The new massage initiative will be part of this ‘New Innovative Non-Fare Revenue Ideas Scheme’ or NINFRIS.

160 years of Indian Railways: Interesting facts
Massages to rejuvenate your body and mind A spa-like experience in your home 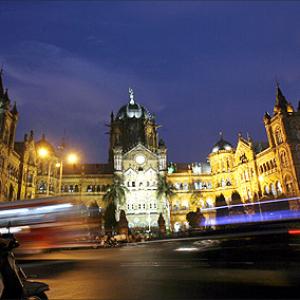