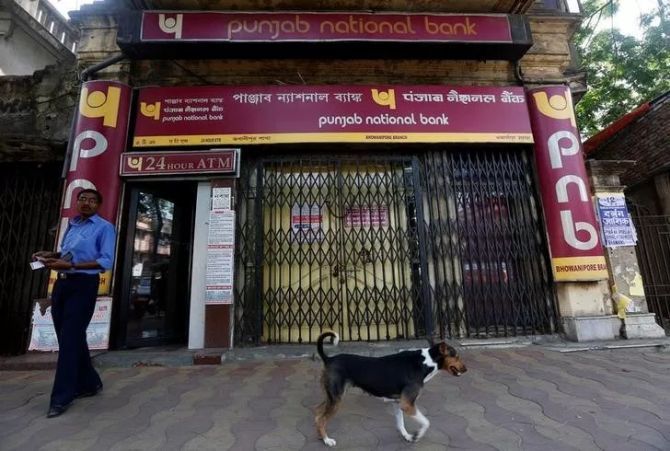 The fraud -- the biggest ever in banking history -- has raised questions on both internal and external risk controls as well as the quality of management supervision considering that the fraud went undetected for several years, it said.

The Viability Rating measures credit worthiness of a financial institution and reflects the likelihood of the entity to fail, as per Fitch.

The RWN reflects the possibility of a downgrade of PNB's Viability Rating.

PNB last week said it has detected fraudulent transactions of USD 1.77 billion (Rs 11,400 crore) in one of its branches in Mumbai.

"Fitch will resolve the Rating Watch once more clarity emerges on the extent of control failures and the impact on PNB's financial position," it added.

Stating that the fraud event has been a setback for the bank in its reputation and has had a capital market impact, Fitch said it will monitor PNB's full liability, potential recoveries and the extent of additional fresh capital from both internal and external sources to determine if the bank's financial position is no longer consistent with the current viability rating.

PNB's asset quality and capital parameters continue to be weak but have shown some stability since Fitch's rating action in June 2017.

For the April-December period of 2017-18, PNB's non-performing loan (NPL) ratio eased to 12.1 per cent. Profitability continued to be weak but the bank raised Rs 5,000 crore in fresh equity from capital markets in the third quarter of FY2018.

PNB is also likely to get an additional Rs 5,400 crore from the government by end-March 2018 under the government's recapitalisation agenda.

Fitch will look to resolve the RWN once clarity emerges on the extent of control failures within PNB and how management plans to address them.

"Significant control failures that attract substantial management time to rectify would be likely to weaken our view of risk appetite and management, and result in a downgrade of the viability rating," Fitch said.

The rating agency, however, said that the fraud event is unlikely to have an impact on PNB's Support Rating Floor (BBB-) due to the bank's high systemic importance as the second-largest state-owned bank.

"We believe that the state's propensity to provide extraordinary support to PNB remains high, subject to the sovereign's ability, which is captured in India's sovereign rating of 'BBB-'," it added.

Moody’s has a Baa3/P-3 rating on the Delhi-based PNB now while it has a Baa3 rating on its foreign currency issuer rating. The bank overall has a Baa2 rating with a stable outlook now from Moody's.

The review for Moody's downgrade will focus on: (1) the timing and quantum of the financial impact of the fraudulent transactions, (2) any management actions taken to improve the capitalisation profile of the bank, and (3) any punitive actions taken by the regulator on the bank, Moody's Investor Service said.

It has also placed the bank's baseline credit assessment (BCA) and adjusted BCA of Ba3 and the counterparty risk assessment (CRA) rating of Baa3(cr)/P-3(cr) under review for downgrade.

"The primary driver for today's rating action is the risk of weakening standalone credit profile of PNB, as a result of a number of fraudulent transactions" through fake letters of undertakings issued by the bank to other lenders worth USD 1.8 billion over the past many years, Moody's said.

The scam came out into the open on February 14, 2018, when it informed the stock exchanges.

"These fraudulent transactions represent a contingent liability and the financial impact will be determined by the relevant laws. Nevertheless, we expect PNB will need to provide for at least a substantial portion of the exposure.

"As a result, the bank's profitability will likely come under pressure, although the actual impact will depend on the timing and quantum of provisions that need to be made, as well as any prospects for recovery," the agency said.

The fraudulent transactions represent about 230 basis points of the bank's risk-weighted assets as of December 2017.

As such, its capital position would deteriorate markedly, and fall below minimum regulatory needs, if the bank is required to provide for the entire exposure, it said.

Consequently, PNB may need to raise capital externally, mainly from the government, to comply with the minimum Basel III capital requirement of 8 per cent common equity tier 1 (CET1) ratio by March 2019.

The bank reported a CET1 ratio of 8.05 per cent in the December 2017 quarter. Since the announcement of the fraudulent exposure, PNB's share price has fallen by about 30 per cent, limiting its access to the equity capital markets.

The discovery of the fraudulent transactions also highlights the weak operational controls and corporate governance at the bank. 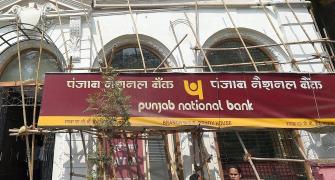 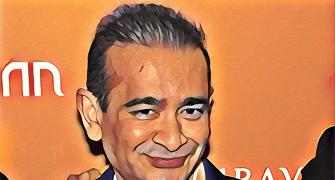