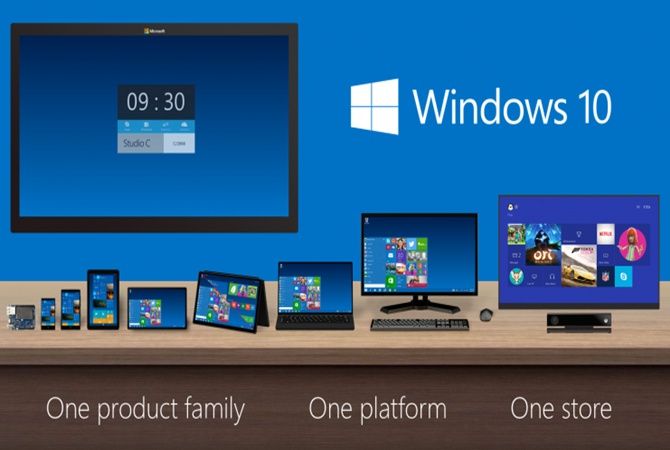 Microsoft Corp announced its 'Windows 10' operating system on Tuesday to replace the largely unpopular Windows 8, skipping a number to mark a leap toward unifying the way people work on tablets, phones and traditional computers.

The next version of Microsoft's flagship product, which still runs the vast majority of personal computers and is used by 1.5 billion customers worldwide, is aimed at recapturing the lucrative business market, which generally ignored the new-look Windows 8.

Windows 10 will be "our greatest enterprise platform ever," said Terry Myerson, Microsoft's head of operating systems, at an event in San Francisco.

Only 20 percent of organizations migrated to Windows 8, which was released two years ago, according to tech research firm Forrester. Many PC users disliked the touch-optimized interface and bemoaned the loss of the traditional start-button pop-up menu. 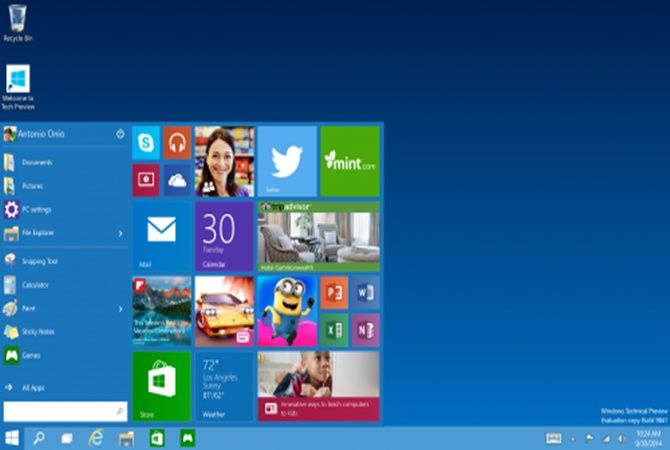 He said Windows 10, long known by the project name 'Threshold' internally, represented a new type of system for the company, as it seeks to unify computing as mobile devices proliferate. The name represented that leap, he said.

"Windows 10 adapts to the devices customers are using, from Xbox to PCs and phones to tablets and tiny gadgets," said Myerson.

Microsoft faces an uphill struggle in reigniting excitement about Windows. With the rise of Apple Inc's iPhone and iPad, and Google Inc's Android devices, Windows no longer plays a central role in many people's on-screen lives. 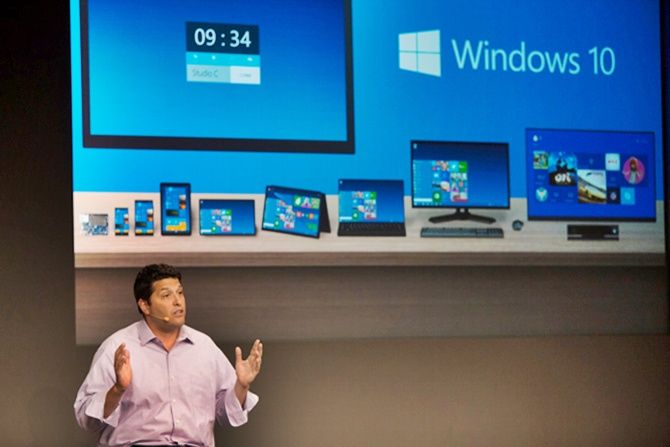 From a virtual monopoly on personal computing 10 years ago, Windows now runs only about 14 percent of devices, according to research firm Gartner.

Reaction to the news was cautious. Microsoft shares fell 8 cents to $46.36 on Nasdaq.

"It's a bold statement for Microsoft to make," said Daniel Ives, an analyst at FBR Capital Markets. "So far there's not as much meat on the bone as we would have wanted, although it's still very early days." An early version of the software, demonstrated on stage by Microsoft executive Joe Belfiore, showed two modes, one optimized for touch-controlled tablets, and one for PCs using a mouse and keyboard. Users can switch between the two depending on the device.

Myerson did not say exactly how or when the new Windows would be rolled out, but other executives said Microsoft was aiming for a full release in spring 2015. A technical preview can be downloaded from Microsoft's website, starting on Wednesday, for users to try out and give the company feedback. 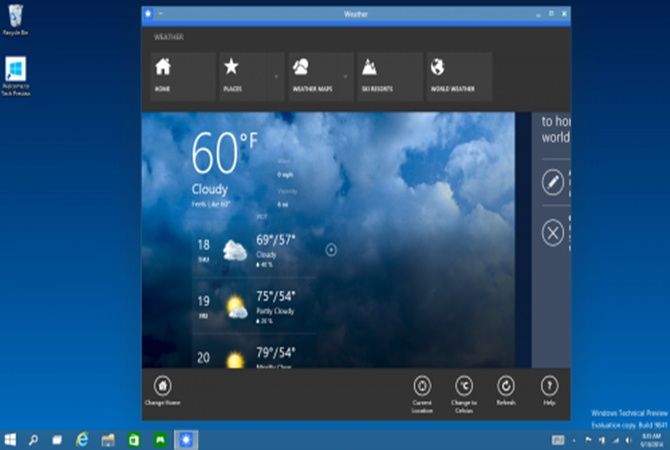 "They were trying to start the messaging for a product that won't actually ship until sometime around the middle of next year," said Gartner analyst Steve Kleynhans at the event. "This was to tell the PC installed base that there is a future and it doesn't have to be covered over in brightly colored tiles, or force them to abandon everything they've learned over the past 15 years."

Myerson said his team toyed with calling the new product Windows One to emphasize the unity of all the companies' products, but noted that name had already been used.

© Copyright 2021 Reuters Limited. All rights reserved. Republication or redistribution of Reuters content, including by framing or similar means, is expressly prohibited without the prior written consent of Reuters. Reuters shall not be liable for any errors or delays in the content, or for any actions taken in reliance thereon.
Related News: Microsoft Corp, Terry Myerson, FBR Capital Markets, Gartner, Operating Systems Group
Print this article
Microsoft still 'very relevant': Satya Nadella 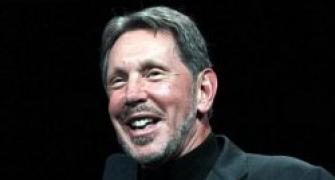 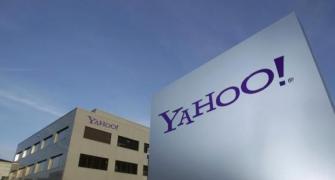 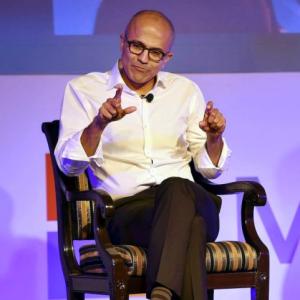 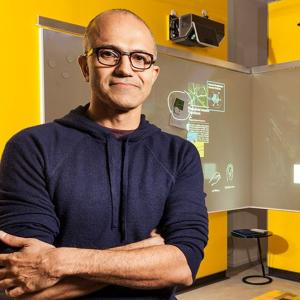 Cloud services in India is a $2 trn opportunity: Nadella