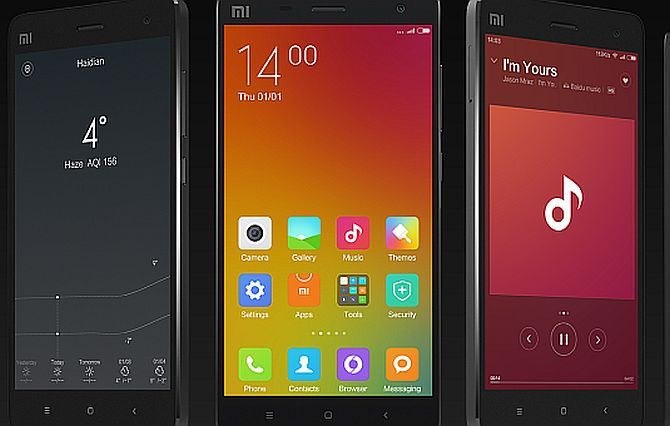 We don't know if Arvind Kejriwal's political strategy will deliver on February 10.

But without doubt Xiaomi's sales strategy will ensure all of its Mi4 stock is cleared in India on Tuesday even if the new flagship smartphone comes a few months late and with specifications lower than what the company offers in China.

Though the five-inch Mi4 sits snugly in one hand, the plastic back makes it slippery.

And it feels heavy to boot. If you ignore the plastic back, the chamfered, rounded steel edges will remind you of the iPhone.

The user interface, too, reinforces that likeness. No wonder that Global Vice-President Hugo Barra kept emphasising at the launch the Mi4 was better than their benchmark, the iPhone, even as everyone in attendance at the event kept wondering why Xiaomi was selling a smartphone that lagged the similarly priced OnePlus One so late.

The top edge houses the infrared blaster that works as remote for smart devices and the 3.5mm headphone jack; the bottom, the speaker grill and the USB port; the right, the power/sleep and volume keys; and the left, the microSIM tray.

On the front you have the 8MP camera, the proximity sensor and the earpiece on the top, and the back, home and recent apps shortcut keys at the bottom.

On the back you'll find the 13MP camera and the LED flash on the top.

The viewing angles are good and the colours softer, giving no feeling of oversaturation as in the earlier versions of the MIUI operating system.

The Corning Concore One Glass Solution helps keep the phone slim and lets you work with wet hands or with gloves on, too.

The touchscreen, supported by 3GB RAM and a Snapdragon 801 quad-core chip that clocks a speed of 2.5GHz, is snappy and works with no lags.

The Mi4 runs on the MIUI6 operating system based on the Android KitKat 4.4.4. And that is one important reason for buying the Mi4.

Xiaomi brings much more animation and customisation to the user interface with the MIUI6, such as livelier icons.

Tasks now take fewer clicks. You can uninstall an app straight from the homescreen and when you delete it, a confetti colour-coded according to the app's icon, bursts on the screen.

The notifications are segregated, à la Gmail, into important and unimportant. 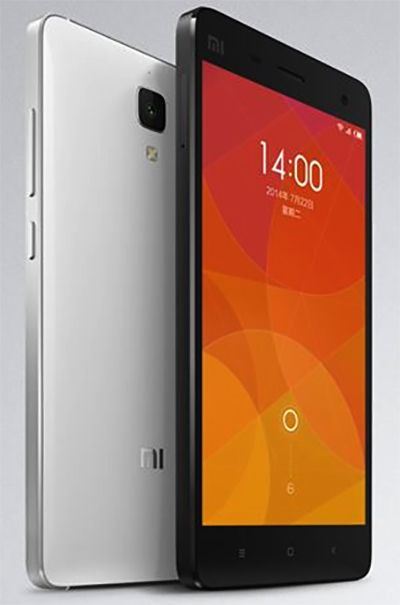 Attachments sent and received can be seen as a single thread in the MIUI6 mail app.

The compass app works with the camera to tell the direction. When you are in an app, the phone call comes as a floating notification on the top instead of disrupting your work. You can change settings by the app.

For the MIUI mail app, you don't need to know the port and server details. The operating system will search for that. For mails, you don't have to choose the reply option again and again. Instead, there's a reply thread like in instant messaging apps.

You can move or delete apps in batches. Besides, there's a wide range of Indian themes with animations based on Rajinikant, Diwali and Sankranti. You can also mix features of various themes.

Both the 13MP rear camera and 8MP front camera have Sony lenses and aperture of 1.8 for better lighting. The six-layered lenses help increase focus and stability. 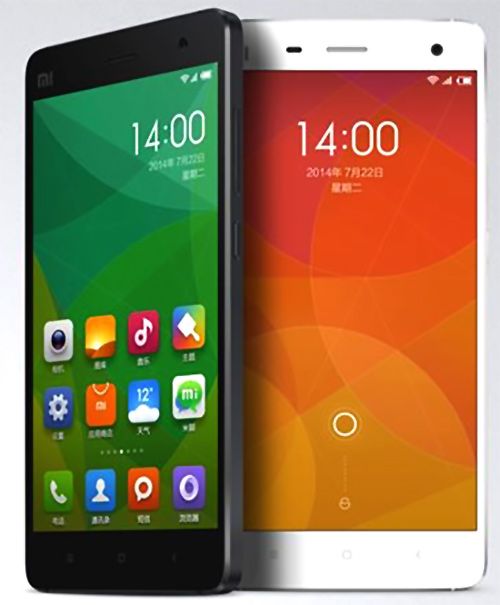 Pictures were crisp and detailed in room lighting, even in the mild Delhi end-winter sun.

Engineering failure (Xiaomi couldn't build an antenna that would fit the phone) and spectrum policy uncertainty in India when the company started working on the Mi4 came in the way of a 4G-enabled device, Barra said at the launch.

Besides, the Mi4 gives you only 16GB of memory on board. Barra also said the Mi Note and Mi Note Pro would be sold in India "definitely before Diwali" this year.