News
Business
Movies
Sports
Cricket
Get Ahead
Money Tips
Shopping
Sign in  |  Create a Rediffmail account
Rediff.com  » Business » Indian IT firms eye robotics, driverless cars for next round of growth

Indian IT firms eye robotics, driverless cars for next round of growth 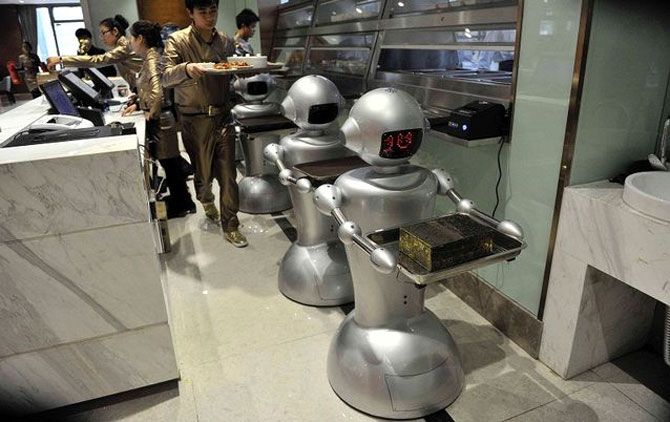 Image: A man puts dishes on robots for delivery at a restaurant in Hefei, Anhui province, China. Photograph: Reuters.

Triggering change is a wave of invention allowing machines to talk to each other online, dubbed 'the Internet of things'. Customers are ramping up: from about 5 percent now, strategy advisor Offshore Insights estimates automation and artificial intelligence work will grow to 25 to 30 percent of an IT outsourcing market seen by the national industry association as worth $300 billion by 2020.

"We're in the midst of a new wave of software, and IT services companies really don't have a choice," said R Ray Wang, principal analyst and founder of Silicon Valley-based Constellation Research.

As well as deals, the prospect is spurring heavy investment. Third-largest IT services exporter Wipro is building computing systems designed to mimic human decision-making abilities, where machines can understand and react to what human beings say to them. HCL Technologies, meanwhile, is using robotics to do away with manual testing of hardware. 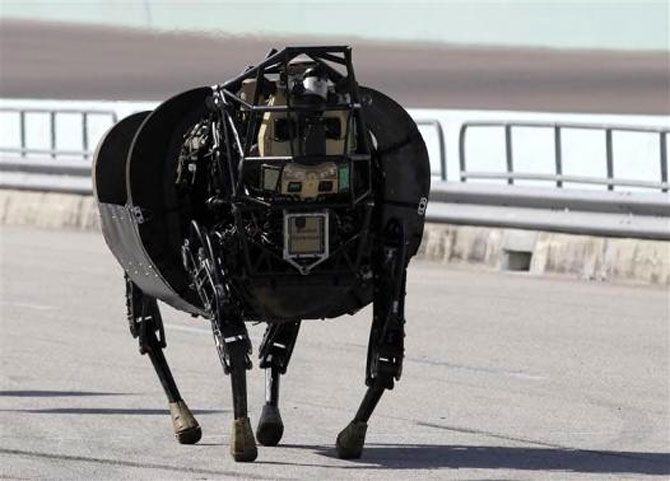 Image: An LS 3 (Legged Squad Support System) robot demonstrates its movement, showing it is designed to accompany soldiers and Marines any place they go on foot, helping to carry their gear, during a demonstration in Homestead, Florida. Photograph: Andrew Innerarity/Reuters.

Though carrying higher profit margins, the new business lines are not as big-ticket as traditional large-scale outsourcing projects, meaning revenue may be reduced in the short term, analysts say.

Infosys and peers may also find themselves competing in some cases with global majors such as Google Inc, now developing artificial intelligence business and working on projects including self-driving cars.

But industry watchers see plenty of business openings for players like Tech Mahindra. Its engineers are busy testing consoles for cars that can monitor driver fatigue and predict signs of heart attacks, as well as working on a technology for driverless cars.

"The larger point here is Internet of things," said KS Viswanathan, vice president of industry initiatives at the National Association of Software and Service Companies. "If you look at any automobile today, 25-30 per cent of what goes in is electronics."

"Tech Mahindra will take (its technology) to its global clients...A Volkswagen cannot suddenly change all cars to be software-driven like a Google car is, they have to work with what they have and use technology that fits." 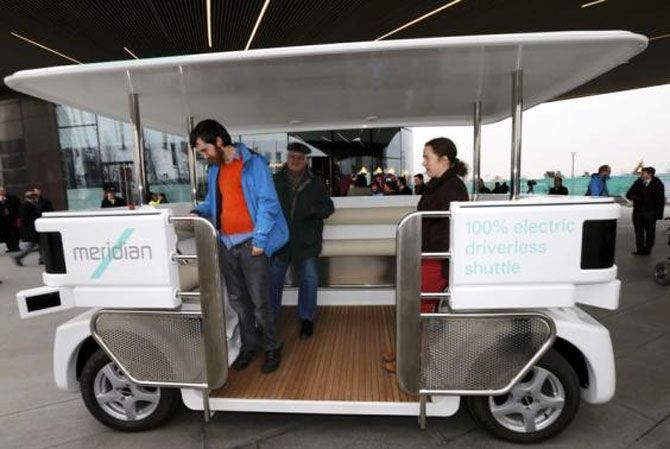 Indian companies are looking to collaborate with startups to jointly develop solutions for clients and in some cases are also eyeing takeover opportunities to get access to skills needed to wins these contracts, said industry officials.

"The catchwords today are digital, analytics, robotics," C P Gurnani, chief executive of Tech Mahindra said. "It is a small part of business, we are still not at the inflection point. But we are laying down the roadmap."

© Copyright 2020 Reuters Limited. All rights reserved. Republication or redistribution of Reuters content, including by framing or similar means, is expressly prohibited without the prior written consent of Reuters. Reuters shall not be liable for any errors or delays in the content, or for any actions taken in reliance thereon.
Related News: Tata Consultancy Services Ltd, Wipro Ltd, Infosys Ltd, Panaya Inc, Reuters
SHARE THIS STORY
Print this article 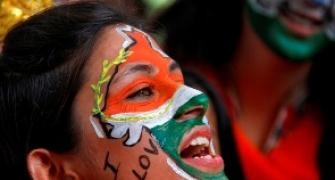 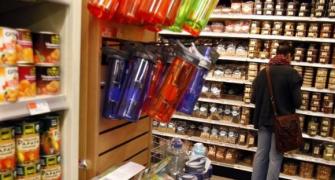 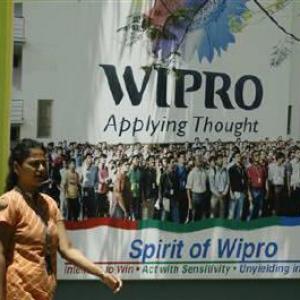