Riding on Sonet and Seltos, Kia Motors has big plans for India

Higher exports will also drive up volumes, as the company seeks to avail of the benefits under the government’s recently announced production linked incentive scheme. Driven by strong domestic demand, Kia Motors India expects to reach optimal capacity utilisation by 2022 at its plant in Anantapur in Andhra Pradesh.

Higher exports will also drive up volumes, as the company seeks to avail of the benefits under the government’s recently announced production linked incentive scheme (PLI).

The local arm of the Korean carmaker has been riding high on the Sonet and Seltos in the domestic market in less than two years after it rolled out the first model.

“Our primary aim is to attain full manufacturing capacity of 300,000 units at our state-of-the-art facility in Anantapur.

"It is more about the number of vehicles sold rather than the market share,” said T J Park, executive director and chief sales officer, Kia Motors India. A consistent month-on-month volume gains in the domestic market has prompted the Hyundai affiliate to begin the second shift at its manufacturing unit.

“We are confident of achieving 100-per cent capacity utilisation by 2022,” underscored Park.

The ascent to the top five of the leaderboard has been meteoric for the company.

In August, the South Korean automaker announced it had crossed the cumulative 100,000-unit milestone within 11 months of entering the Indian market. In September, it launched the Sonet, a compact SUV that rivals the Vitara Brezza, Mahindra XUV300, Tata Nexon, among others.

The gains came largely at the cost of Suzuki’s Brezza, which saw its sales plummet to 7,833 units, from over 12,000 units it sold a month ago. Even as Kia has been on a strong wicket, Park is not oblivious to competition.

“There is tough competition in the Indian automobile industry today, which is only going to get more competitive.

"We understand the need to constantly innovate and integrate industry-first features in products to differentiate ourselves from the rest.

"Looking at the response for the Seltos, the Carnival, and the early success of the Sonet.

"We can say that our research and learning have been on point,” said Park.

“They have managed to give a thrust to the SUV market, which was already growing at a healthy pace,” he said. Alluding to the impact of the Covid-19 pandemic on the business, Park said it has been the most challenging, yet the most educating phase for the company.

The biggest takeaway, he said, was the need to constantly evolve with the changing trends.

Park said, “The PLI scheme is a significant step forward in the government’s efforts towards enhancing manufacturing, promote exports, and strengthen India’s position as the hub of the global supply chain.”

The new PLI scheme certainly puts the spotlight on India and makes it even more important in Kia’s global scheme of things, he added.

The Anantapur facility has been developed to make India one of the most critical hubs in the Kia network globally, he said.

Kia exports to over 70 countries across the world, including some of the highly developed markets.

“Now, with the new scheme, we will be able to offer even more competitive and globalised products and reach more markets,” he said.

Kia shipped 20,819 units in the first seven months between April and October - almost an eightfold increase over the same period last year - observed the Society of Indian Automobile Manufacturers. 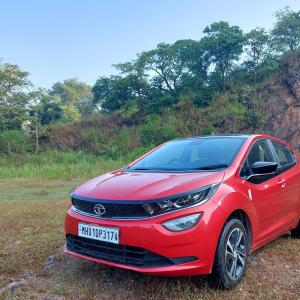 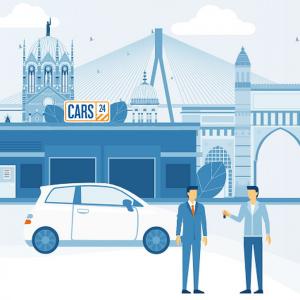