Multi-currency pre-paid cards are a good option while travelling abroad. 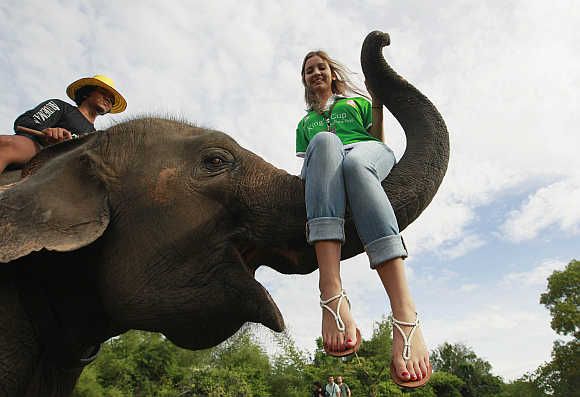 Image: A pre-paid forex card is a good option as it allows you to lock in the exchange rate. Photograph: Sukree Sukplang/Reuters

You are planning a holiday in Bangkok and are wondering how to carry money.

Cash is not always recommended as it is risky to carry. In addition, using the credit or debit card could be expensive because the payment is in rupees and you will have to pay currency conversion charges.

The exchange rate will be based on the day the charge slip reaches the bank. So, if the rupee weakens during that time, you will have to pay more.

A pre-paid forex card is a good option as it allows you to lock in the exchange rate. But, if you use it in a currency different from what is loaded, you will have to pay conversion charges.

Thomas Cook India recently launched the One Currency Card, which is a pre-paid travel card with zero cross-currency conversion fees, in collaboration with MasterCard Worldwide.

The card is pegged to the dollar and there is no conversion charge for using it in any currency, other than at ATM withdrawals, in which case the charge is $4 per transaction.

“As long as customers use it to swipe at point-of-sales terminals, there is no conversion charge, irrespective of which country they use it in,” says Mahesh Iyer, chief operating officer (foreign exchange) and head (visas) at Thomas Cook, India.

For instance, you have loaded $100 on the card and use it while holidaying in Dubai.

At the current rate of 3.67 dirhams to a dollar, the value on the card is 367 dirhams, without any conversion charge.

But, if the conversion charge is applied, the value would fall to 350-355 dirhams.

“On pre-paid forex cards, the conversion charges range between three and four per cent. While in case of debit or credit cards, it is 4.5-5 per cent. In case of cash, banks typically charge 1.5-2 per cent for conversion,” says Iyer.

The exchange rates offered by banks and money changers varies, depending on the mark-up or premium they charge.

For instance, on Wednesday, the Reserve Bank of India (RBI)’s reference rate for the dollar is Rs 66.75.

In case of some authorised dealers, the rates might vary depending on whether you want to buy cash, pre-paid card or travellers cheques.

You could get better rates if you buy a travel card, instead of cash. The rate might vary depending on whether you are a corporate traveller or an individual traveller.

“Every institution sets its own prevailing rate based on what premium they want to charge. So, travellers must check two or three outlets before buying. While all rates are broadly based on RBI’s reference rate, they need not equal to the RBI rate,” says Adhil Shetty, CEO and co-founder, BankBazaar.com.

While multi-currency cards can address the issue of conversion charges to some extent, you have to check which currencies are loaded.

Banks usually provide eight to 10 of the most popular currencies, but they might not have all the currencies you require, points out Shetty.

For frequent travellers, using single currency forex cards will be tough as one has to manage multiple cards and keep track of the balances on them.

“You can load almost all major currencies on one multi-currency card. The second currency balance can be used in case you are running short of balance on the first currency. For instance, if you are travelling to the US and have run out of balance on dollar, the bank will allow you to use balance on other currencies loaded on the same card,” says Mangla. 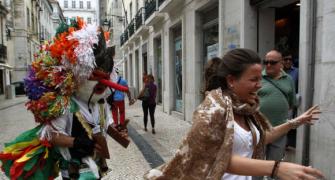 25 countries that depend the most on tourism 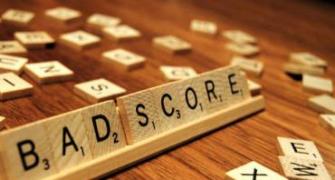 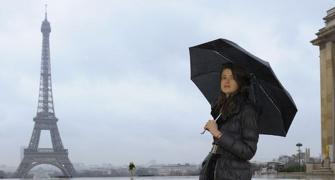 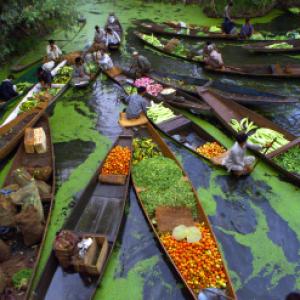