The impact of rising taxes gets even more prominent if you look at the returns on your investments.

While your investments are earning you lower returns, the rise in indirect taxes has increased your outgo in the past one year on services such as recharging direct-to-home TV, telephone bill, insurance payments, credit card charges, restaurant bills, and Ola and Uber.

In effect, you are now paying around three per cent more for various services.

Amarpal Chadha, tax partner at, EY, explains the math. If you spend Rs 300,000 annually on these services, you had to shell out Rs 37,080 in taxes until June last year.

While businesspersons can get a tax deduction against many of these expenses, if used to generate income, it's the salaried and retirees that get most impacted by these hikes.

"A year from now, you would be paying even more in indirect taxes," says Anita Rastogi, partner, indirect tax, PwC. She explains: "If the goods and services tax is implemented, the rates would be between 17 per cent and 20 per cent.

If Goods and Services Tax is not passed by the Parliament, the government will hike the service tax rate further, to slowly bring it at par with the proposed GST rates.

This will be done in expectation that GST will be implemented in the future and taxpayers should not be burdened with a high rate.

Cess is the way

There's a good reason why the Centre uses cess rather than increasing Income Tax or indirect taxes.

The central government has to share revenues, earned from various taxes with the state governments, based on the Finance Commission's recommendations. At present, the states get 42 per cent.

"When the Centre collects money through cess, it can retain the entire fund for the particular scheme.

He points out that it's not just the rise in income tax that impacts you; other indirect taxes can also increase the outgo from an individual's pocket.

To earn higher revenues from a larger tax base, the government tinkers with indirect taxes like service tax.

The finance minister has also introduced Infrastructure Cess of 1-4 per cent on car manufacturers, which is likely to be passed to the customers.

The cess increases with the vehicle's engine capacity.

Also, Clean Environment Cess has been doubled on coal and lignite.

The impact of rising taxes gets even more prominent if you look at the returns on your investments.

With the falling interest rates, the returns are down by 75-100 basis points.

There has been a reduction of 0.4-1.3 per cent on various other schemes.

Even returns on equity investments are dismissal.

The Bombay Stock Exchange's S&P BSE Sensex, has returned 0.90 per cent in the past one year.

This means, you have to step up your investments to reach your goal in the same duration.

While your savings rate is falling, the inflation has averaged at around five per cent in the past one year.

Life will be even tougher if you have an ongoing home loan as there has been no substantial decrease in the equated monthly despite the rate cuts.

In this scenario, even an increase of three per cent tax can pinch you.

Kaustubh Masurkar, an employee of a finance company, has reduced his outings to restaurants and multiplexes.

"If you spend Rs 1,500 at a restaurant, the various taxes and charges can range anywhere between Rs 250 and Rs 450, depending on whether the restaurant has a service charge or not.

"There's a service tax on almost everything -- from utility bills to train tickets.

These small hikes in taxes affect quality of life for pensioners," says Vishwakarma.

Like Vishwakarma says, the only option for retirees is to lower their quality of life to tackle the rising taxes.

Others need cut down on unnecessary expenses.

While the service tax has impacted middle class, the new taxes imposed on wealthy is a double whammy for them. While the government didn't increase the tax rate, it hiked the surcharge from 12 per cent to 15 per cent for taxpayers who earn over Rs 1 crore (Rs 10 million) a year.

After the increase in the surcharge, the taxpayer will pay an additional Rs 134,000 Income Tax.

The finance minister also imposed a 10 per cent tax on individuals who earn more than Rs 10 lakh (Rs 1 million) in dividends.

The government already levy dividend distribution tax on companies when they pay a dividend.

But this is charged at a flat rate of 20 per cent irrespective of whether the money is going to someone in 10 per cent tax bracket or 30 per cent.

"This is perceived to distort the fairness and progressive nature of taxes," Finance Minister Arun Jaitley had said in during his Budget speech.

He introduced the new tax saying that 'persons with relatively higher income can bear a higher tax cost'. 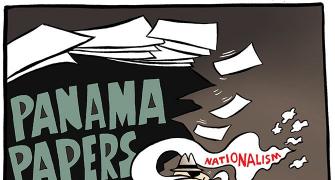 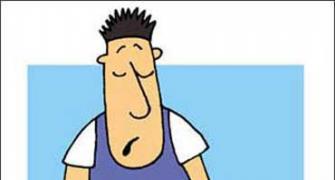 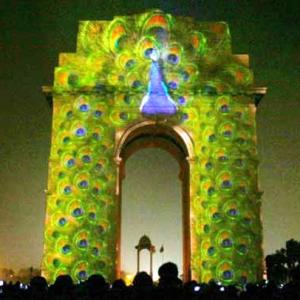