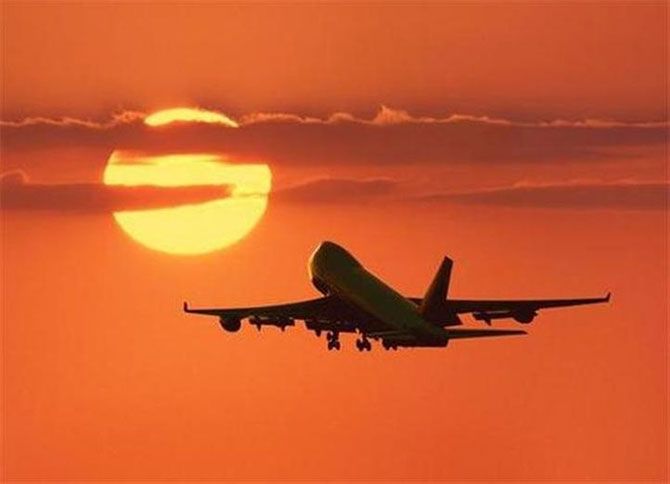 Amit, an Indian citizen, has accepted an offer to work with a UK-based company and plans to migrate there. He intends to give his existing house in India on rent and earn some rental income. In the midst of completing all the emigration-related paperwork, packing and attending to sundry other details, it’s easy for someone like Amit to forget about matters related to banking and taxation that should be taken care of before moving abroad.

Inform bank about change of status

Action points for NRIs
Notify your bank about your change of residential status
Bank will deduct TDS at the highest rate on interest income
File tax return to claim refund
If your income is below taxable limit, fill the appropriate form so that tax is not deducted at source
Open appropriate account, depending on your needs, out of three options: NRO, NRE and FCNR (B)

When an individual becomes an NRI on account of employment, his existing resident accounts - saving, fixed deposits (FDs), recurring deposits (RDs), etc - should be re-designated as Non-Resident Ordinary (NRO) rupee account. He needs to inform his banker about the change in his status under FEMA.

Be prepared for TDS on interest

According to the provisions of Income Tax Act, 1961 (I-T Act), the bank is required to deduct tax at the maximum marginal rate (presently 30.9 per cent) on interest payments in NRO accounts, if the individual qualifies as a Non-Resident.

Although banks are required to deduct tax after determining the residential status every year based on the provisions of the I-T Act, in practice some banks deduct tax at a higher rate from the date of change of status from resident to NRI.

While the incidence of tax deduction at source becomes higher, it could be a blessing in disguise for some tax payers as it could remove the need for them to pay advance tax instalments on such interest.  However, in case the individual is taxable at a lower slab rate, this excessive tax deduction would lead to a situation where he is required to apply for tax refund. Such individuals will have to file their tax return in India to be able to claim tax refund.

In case the individual qualifies as a tax resident of the host country (UK in the case of Amit), he may be taxed in India at a beneficial rate, provided he satisfies the conditions mentioned in the Double Taxation Avoidance Agreement (DTAA) signed between India and the host country.

An additional advantage available to NRIs is that they are allowed to remit funds outside India from their NRO accounts up to $1 million each financial year (April 1 to March 31) as against the lower limit of $250,000 permitted to residents under the Liberalised Remittance Scheme (LRS).

To be able to remit this amount, you must satisfy the conditions and documentation requirements as laid down by the bank or authorised dealer (AD).

An NRI can fully remit his current income in India like rent, dividend, pension, interest on NRO account, etc. credited in his NRO account subject to payment or deduction of appropriate tax.

This is in addition to the limit of $1 million. Accordingly, Amit can receive his rental income in his NRO account and remit it to his UK account without any upper limit.

An NRE account is a rupee-denominated account and can be opened only by inward remittance. The amount remitted is converted into Indian rupee and deposited in the NRE account.

The deposits in NRE account are freely repatriable outside India and there’s no upper limit on it.

The interest received on NRE deposits under FEMA is exempt from tax in India. The NRI should, however, analyse separately whether he is liable to pay tax on the interest income in this account in his host country before deciding to open this account. Once the individual moves back to India and becomes a resident, he will need to re-designate the NRE account to resident account.

The interest earned from this account will also be taxable thereafter.

One important point to note about an NRE account is that since it is opened in Indian rupees, all foreign exchange remittances credited into this account are converted into Indian rupees. But the bank will permit withdrawal in foreign currency.

The bank will need to convert the amount from Indian rupee into foreign currency. It is, therefore, exposed to foreign exchange fluctuation risk. The interest rates on NRE accounts are generally similar to resident accounts.

If an NRI is concerned about foreign exchange fluctuation risk, he can circumvent it by opening an FCNR account where the deposits are maintained in foreign currency. The money in this account is also fully repatriable.

The features of this account are similar to that of an NRE account except that this account is opened and maintained in a specified foreign currency and it can be maintained only in the form of time deposits. If an individual qualifies as a Non-Resident or Not Ordinarily Resident under the I-T Act, interest from his FCNR account will not be taxable in India.

Choosing the right account depends on an NRI’s financial needs and future plans. If Amit wants to keep his India-based earnings in Indian rupee, he should opt for an NRO account. In case the funds remitted to India need to be remitted back overseas, an FCNR account may be a better option than NRE.  With these accounts, managing funds as an NRI can become more convenient and secure.