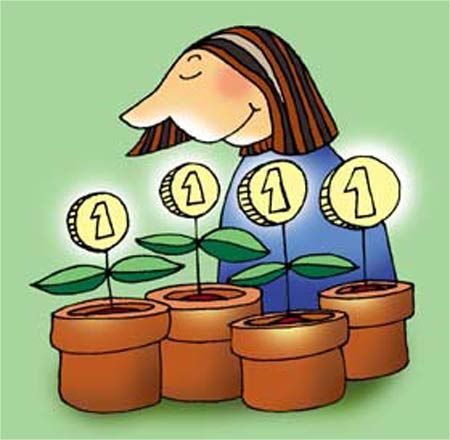 Sample this: If you had invested a lump sum of Rs 1.20 lakh in 2004 in an index fund mirroring the Sensex, you would be sitting on a corpus of Rs 5.87 lakh today.

However, if you had invested a similar amount systematically or through a systematic investment plan (SIP), you'd be surprised to know you would have accumulated only half the corpus today.

For ease of calculation, we've assumed one invested Rs 1,000 a month systematically in the same index fund.

This translates into a total investment of Rs 1.21 lakh between November 2004 and November 2014. This corpus would be worth around Rs 2.44 lakh today.

This fails the traditional wisdom that investment through SIPs helps make more money ,as it helps buy at different index levels and lowers the average index level you bought at.

Thus, giving the advantage of cost averaging. Does this mean lump sum investment is better than systematic investment?

The unanimous answer is No.

Explains Vetri Subramaniam, Chief Investment Officer, Religare Invesco Mutual Fund, "Individuals are advised to invest through SIP only because they earn monthly and, hence, it makes sense to invest in the same frequency. "

Systematic investment evens out market volatility. It is an averaging tool, not a maximising tool. The purpose of SIP is to address our basic problem of over-investing in good times and under-investing in bad times. That is, it helps invest consistently."

For lump sum investment, it is crucial to get the timing right.

'That's why only a few get it right. Therefore, be a consistent investor even if you earn less return.

SIPs are advised as a must-have part of the core portfolio. Investors with a low risk appetite may also opt for SIP, since they will need to invest as little as Rs 500 regularly over a longer duration and the risk is spread evenly across the period.

Also, it is a useful tool for investors who cannot afford investing a lump sum at one go. At the same time, even those with a large investible surplus can opt for systematic investment.

Nimesh Shah, managing director of ICICI Prudential Asset Management Company, says in the case of lump sum investing, the entry and exit levels are likely to have an impact on the overall returns.

Hence, only investors with the knowledge and expertise to understand market timing should take the lump sum route to investment.

Experts say lump sum works when you are taking a contra or sector bet, as that involves timing the market and, hence, is meant for savvy investors.

Lumpsum investing should happen when the markets are undervalued. Alternatively, also in defensive equity products, at any point of time.

In a continuously rising market, lumpsum investments tend to outperform. That's why the difference in returns from SIP and lump sum above.

You also need to consider the stock market crash of 2008 and another downturn of 2011 when you look at the returns from SIP.

Also, usually the average market level one bought at is higher for lump sum investment and lower for SIP investment. Yet, this theory does not stand true in the past 10 years.

Reason: The average purchase for lump sum will be the Sensex level of 5,704 but would be much higher for SIP investment at 15,735 (between November 2004 and November 2014), as the stock market has only been rising over the same period.

If you look at investments in shorter time periods over the last ten years then also lump sum seems to have done better than SIP.

Same SIP investment between November 1, 2004 and January 21, 2008 (when the markets crashed) would have almost doubled your investment.

But the same amount invested as lump sum on the same day would given Rs 1.08 lakh.

That's why some fund managers feel investment via SIP makes a difference only in the short to medium term.

Therefore, if you have an investment horizon of one to two years, SIP is a better. If one has a horizon of five years or more, they should invest a lumpsum.

They believe it does not matter whether you invest through SIP or lump sum over the very long term. Assume you bought when the Nifty stood at 4,200 and the market fell 10 per cent from there.

Assume you started an SIP at the lower level of 3,800. It won't make a difference today because the markets have moved up eight times from there. Shah seconds the thought.

"As long as investors continue investing for the long term in consistently performing mutual funds, both the SIP and lump sum mode could help investors achieve their financial goals," he says.

Last year, I met a set of investors who had invested through Super SIP and they complained the returns were very low for a 8-year holding period between 2005 and 2013.

But, after the market rally this year, the returns have jumped significantly in the same time period." He further explains that an SIP investment in DSPBlackRock's equity fund had yielded 10.15 per cent between September 2005 and October 2013; a tad better than returns from fixed deposits.

Returns from the same fund stood 16.6 per cent after the market rally this year (that is, between September 2005 and October 2014).

Over the past 10 years, this strategy has worked better than investing only through SIPs.

Assume you invested a lump sum of Rs 60,000 in November 2004 and made an additional investment of Rs 500 every month through SIP in the same Sensex fund mentioned above.

Subramaniam feels it does make sense to have some overlay in lump sum if one has the cash to do so.

But then, consider the real valuation of the market before investing, not the price. He explains that if one had invested in the market in 1994, when the Sensex stood at 4,800, and he/she looks up the point to point returns, one will realise this is lousy because the price-to-earning ratio was 30x in 1994. Today, Sensex's price to earning ratio stands at 19.02.

It stood at 20.15 in November 1999, according to BSE. Shah agrees and adds that investors should have a core strategy of SIP investments in their portfolio, following the asset allocation model.

As and when there is availability of investible surplus or windfall earnings like bonuses, monetary perquisites and so on, it can be invested as a lump sum into mutual funds.

Also, those with an adequate cash buffer for short-term expenses may take the lump sum route. 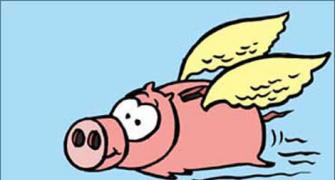 Investing in stocks? Be smart, be safe! 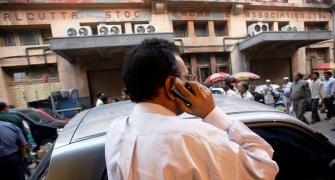 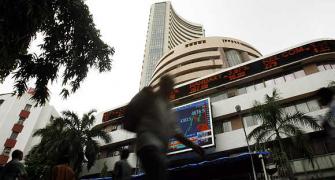 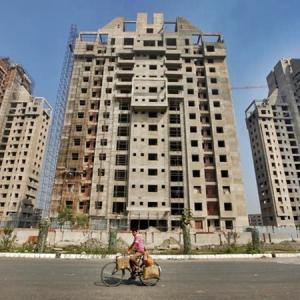 It's dangerous to invest all savings to buy a house