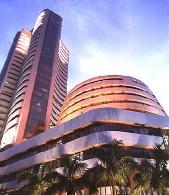 Risk appetite should be the prime concern, says Sandeep Shanbhag.

Between foreign institutional investors (FIIs) and domestic investors, it is the latter who have shown far less conviction and confidence in India's markets.

In 2009, the turmoil in Western economies was at a peak. Wall Street giants had fallen by the wayside and for a while, there was real fear of a systemic collapse of the financial system.

Consequently, these foreign investors had sold heavily, not because there was something fundamentally wrong with India but because their parent bodies were in deep trouble abroad and needed funds. Of that $60 billion, almost a quarter was taken out. And, as the basic economic law dictates, when supply exceeds demand, prices fall.

Now the cycle has reversed and the flipside is playing out. Since the beginning of the year, foreign investors have injected around $20 billion (Rs100,000 crore) into the market, thereby taking the Sensex to its current level.

How long the horsepower of this money supply would last is anybody's guess. Till it does, the markets will continue to rise. Meanwhile, it is important not to get overawed and instead play each ball on its merit.

Here's what one can do: After careful study, one should have invested in some value stocks and some mutual funds because these remain intrinsically good investments. The index falling isn't going to suddenly reverse the

quality of these investments.

If anything, one can look forward to picking up some cheap but quality stuff. Conversely, though the index' flourishing is welcome, one should not get into the markets for short-term profits.

If the market falls, you would get the same units at lower rates. If the market rises, I make profits since I am anyway participating in it. Either ways, I win.

If you don't invest a rupee more than what your risk appetite allows you to do, you will have no reason to worry about the Sensex' movements. Pay attention to asset allocation, the process of consciously spreading your investments across various asset classes to insulate your entire portfolio from the poor performance of any single class of securities.

The objective is to balance risk by diversifying. Amidst all the noise, do not let go of the basics. Keep it simple, keep it real. Have around 15-20 per cent of your portfolio invested in gold, for it is an effective hedge during uncertain times.

Don't buy physical gold; use exchange traded funds (ETFs). Allocate another 20-25 per cent to relatively safe, fixed income avenues. Cash can command around 15 per cent. The balance can and should be invested in equity, not in a lump sum but in a staggered manner, through SIPs.

The writer is Director, Wonderland Consultants. 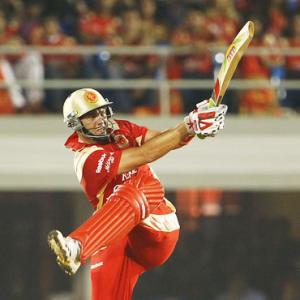