Sebi also plans to examine if any comments made by company officials or the bankers could have misled investors.
Samie Modak reports. IMAGE: Paytm founder and CEO Vijay Shekhar Sharma and his son Vivaan Sharma hit the ceremonial gong at the Bombay Stoock Exchange, November 18, 2021, during its listing on the BSE. Photograph: Niharika Kulkarni/Reuters

The Securities and Exchange Board of India plans to question the investment banks that handled Paytm's initial public offering, the country's largest ever, over the listing debacle.

The capital markets regulator will seek their views on why the stock tanked on the listing day.

It also plans to examine if any comments made by company officials or the bankers could have misled investors, said two people in the know.

This was the worst first day performance for an IPO of Rs 1,000 crore (Rs 1 billion) or more.

"While listing day gains are no guarantee, such an unprecedented fall has rarely been seen before.

"Given the scale of the issue, Sebi will find out what went wrong. It will also probe the trading pattern on the listing day," said an official.

Sebi didn't immediately respond to requests for comment. E=mails sent to some of the banks that handled the IPO didn't elicit any response immediately. 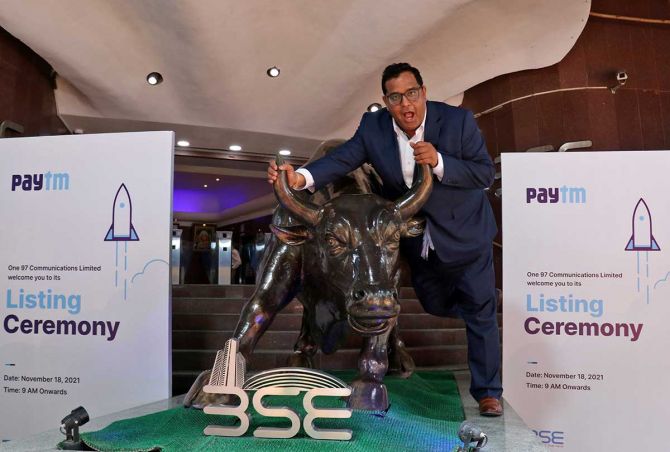 IMAGE: Vijay Shekhar Sharma poses with a bronze replica of a bull after the company's IPO listing ceremony at the BSE, November 18, 2021. Photograph: Niharika Kulkarni/Reuters

The IPO had received a lukewarm response from investors, garnering just 1.9 times subscription and generating bids worth less than Rs 20,000 crore (Rs 200 billion).

Paytm had allotted shares worth Rs 8,235 crore *Rs 82.35 billion) to anchor investors a day before its IPO opened.

Some news reports said the anchor investor portion of the IPO had seen oversubscription of 10 times.

According to Paytm's 'basis of allotment' disclosure, the qualified institutional buyer (QIB) portion of the IPO was subscribed 2.88 times and saw only 68 applications.

Domestic mutual funds have 5 per cent reservation under the QIB quota.

They, however, subscribed to only 1 per cent of the 34.3 million shares that were available under the institutional quota.

"The response to the IPO belied the impression given by the company during its roadshow. If the anchor portion had indeed seen 10 times demand, why didn't it reflect at the time of the IPO? Sebi may need to look into it," said an industry official. 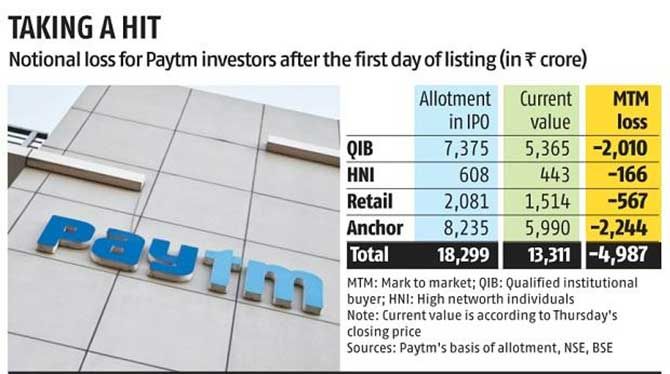 Market observers say the demand for Paytm shares was subdued as grey market activity suggested the stock could list at a slight discount or around its IPO price.

The 27 per cent fall stunned many on the Street.

Some say the Macquarie research note on Paytm on the day of listing could have made a dent into already weak sentiment.

The brokerage initiated coverage on the stock with an underperform rating and a target price of Rs 1,200, about 44 per cent below the issue price.

'The biggest challenge for Paytm will be to achieve scale with profitability. Paytm has a history of spinning off several business verticals without achieving market leadership or profitability,' Macquarie said in the note.

Paytm's lacklustre debut was in contrast to IPOs of start-up peers such as Zomato, Nykaa and Policy Bazaar, which managed to deliver an encouraging day one pop.

Start-up IPOs are a new phenomenon in the domestic market.

With lack of a profitability track record, many analysts are still grappling with the issue of how to arrive at the right valuation as traditional metrics like price-to-earnings and price-to-book don't present the right picture.

In an interview to Business Standard, Madhur Deora, president and group chief financial officer, Paytm, said many investors were comfortable investing at the IPO price and what happened post listing was beyond its control.

"It is hard to decipher precisely why the stock would go down. We got the bluest of bluechip investors, who are long-term shareholders," he said. 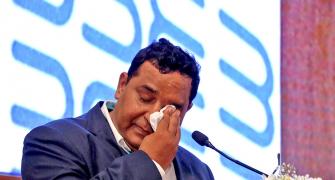 Why is Paytm's Vijay Sharma crying? 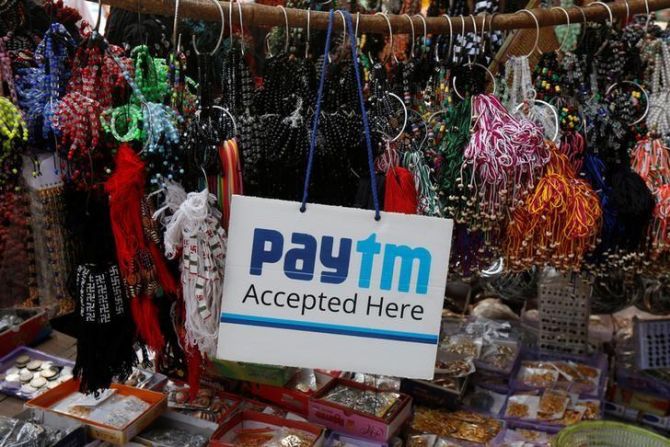