The Department of Telecommunications (DoT) plans to set up a committee to initialise the process of formulation of New Telecom Policy (NTP)-2011, which will override the existing policy announced 11 years before. 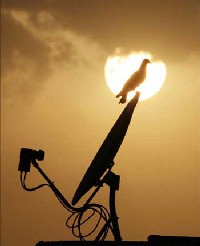 DoT will also finalise its internal view on the Telecom Regulatory Authority of India (Trai's) recommendations, which was given in May last year, on mergers and acquisitions, spectrum allocation, spectrum sharing and other licencing aspects by the end of this month, a senior official from the department said.

DoT will finalise the terms of reference for the committee by the end of January, which will kick off the process for formulating the new policy, the official added.

The department will also have a meeting with the industry soon to have a clearer idea about what the industry wants in the new telecom policy.

The department will also consult stakeholders to evolve a transparent mechanism on key issues including spectrum allocation, trading and sharing of spectrum, tariffs, mergers and acquisitions among others.

The consultations will be held after considering recommendations of Trai in May last year.

The current mergers and guidelines stipulate a three-year lock in period for the firm before selling out. Second, a service provider cannot have more than 10 per cent stake in another operator in the same circle.

On January 1, communications and IT minister Kapil Sibal had announced the new policy 2011 was on the anvil. This was part of the 100-day agenda, to be taken up by the ministry.

"11 years have passed since NTP 1999 and many changes have taken place since then. We will initiate action to formulate a comprehensive 'National Telecom Policy 2011', including recognition of telecom as infrastructure and as an essential service, encouraging green telecom," Sibal had said.

The new framework will aim to balance low rates, robust industry and government's share of revenues.

There are 13-15 operators in every circle with a total subscriber base of 700 million. The competition in the telecom sector has intensified in the last 10 years, with rates reaching the lowest level.