On day 2 of review, Jaitley bullish on keeping fiscal deficit down

‘We are optimistic about our growth rate and tax collection. As far as the fiscal deficit is concerned, we will strictly meet the 3.3 per cent target,’ Finance Minister Arun Jaitley told reporters after various departments of his ministry, such as economic affairs, revenue, and investment and public asset management, made presentations to the prime minister. 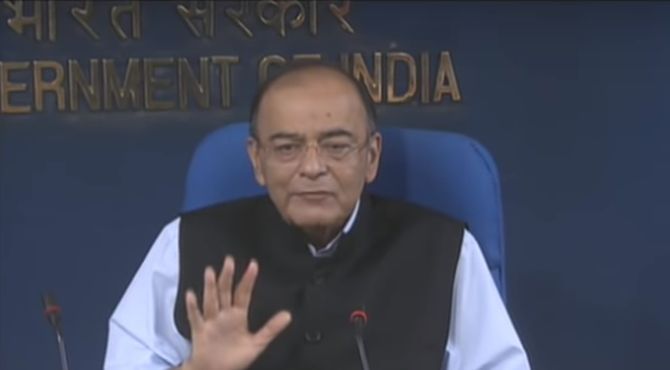 Finance ministry officials on Saturday apprised Prime Minister Narendra Modi of the “comfortable” revenue position, which they said would help contain the fiscal deficit at the targeted 3.3 per cent of gross domestic product in 2018-19, without resorting to any squeeze on the capital expenditure.

On the second day of his review of the economy against the backdrop of a falling rupee and surging oil prices, the prime minister took stock of tax collections and macroeconomic indicators. He was told that the economic growth would surpass 7.5 per cent in the current financial year, after the economy expanded at a nine-quarter high of 8.2 per cent in April-June.

On Friday, the government had announced five-pronged measures to fund the current account deficit. It also decided to curb non-essential imports and increase exports. The latest announcements are likely to boost market sentiment.

“We are optimistic about our growth rate and tax collection. As far as the fiscal deficit is concerned, we will strictly meet the 3.3 per cent target,” Finance Minister Arun Jaitley told reporters after various departments of his ministry, such as economic affairs, revenue, and investment and public asset management, made presentations to the prime minister.

While various commentaries have observed that the government might have to resort to capital expenditure cuts to contain the fiscal deficit, Jaitley said, “We have already spent about 44 per cent of the Budget Estimates till August 31 and we will end the year without any cut. We will maintain the 100 per cent capital expenditure because that is extremely necessary for maintaining the growth rate.”

Earlier, Moody’s Investors Service had said that while the government might cut back on capital expenditures to limit fiscal slippage, as has happened in previous years, such cuts might not fully offset the revenue losses and higher spending on energy subsidies and price support for crops.

The finance minister tried to assuage investors that economic growth would not be compromised while containing the fiscal deficit.

The Centre’s fiscal deficit has touched 86.5 per cent of the Budget Estimates in the first four months of the current financial year itself. However, the position was a bit better than last year, when 92.4 per cent of the target was hit this time around.

Jaitley said, “The department of revenue made a detailed presentation to say that we are already ahead of the schedule in direct tax collections. And even though we had a stiff target for direct tax collection, we can now see the impact of all the anti-black money measures which we had taken, like demonetisation and the GST.”

Jaitley said there was a phenomenal increase in the assessee base.

Figures released by the income tax department showed that the returns filed rose 70.86 per cent at 54.2 million till August 31, which was the last date of filing returns, against 31.7 million a year ago.

“There is a phenomenal increase in the quantum of advance tax which has been paid. And the CBDT itself is very clear that this year they will be able to collect in excess of the budgeted target.”

Advance tax collections for personal income tax assesses increased by 44.1 per cent and those in the corporate tax category by 17.4 per cent in the first quarter of 2018-19.

The finance minister said GST was settling down and a pick-up in consumption would obviously have an impact on the collections in the coming months.

However, the Centre and state governments could not achieve the target of collecting Rs 1 trillion a month in FY19, except in the month of April, which was due to arrears paid.

“We are confident that between direct and indirect tax collection, the government will comfortably meet the target, if not surpass it,” Jaitley said.

He also said that the government was confident of not only maintaining the disinvestment target this year but also probably surpassing it, as was done last year.

The government has collected Rs 92.19 billion from disinvestment receipt against the target of Rs 800 billion for FY19. Last year, the government collected a little over Rs 1 trillion from disinvestment, against the budgeted target of Rs 725 billion. Jaitley said the prime minister expressed satisfaction over the macroeconomic data that came recently.

The Index of Industrial Production grew at 6.6 per cent in July, even though it moderated from 6.8 per cent in June. Similarly, retail price inflation declined to a 10-month low of 3.69 per cent in August. The trade deficit situation still remained worrisome even as it fell to $ 17.4 billion in August from $ 18.2 billion in July. 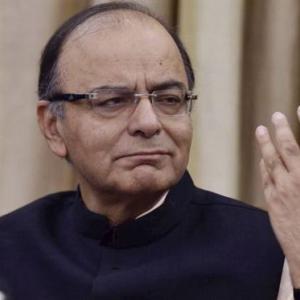