The stock has generated 30 per cent or more annual returns over periods stretching from 5 to 15 years, the data shows.

An investor buying the stock at any time in its history would be sitting on a tidy sum.

MRF is not alone in being an outlier on the returns front across time periods.

There are 22 other companies whose stocks have delivered a CAGR (compound annual growth rate) return in excess of 30 per cent during this period. This analysis does not include dividends, which would bump up the returns further.

What's noteworthy is that these companies' shareholder returns are much better than the broader markets.

While the highest wealth creators over the past 15 years have generated annual returns of over 30 per cent, the BSE Sensex or for that matter the BSE 100, 200 and 500 indices have increased investor wealth by just a little over half, at a CAGR of 16 to 18 per cent.

While the broad market returns are not bad, they are not substantially higher than the inflation and cost of capital combined, two parameters that should be part of any returns calculation.

Balkrishna Industries, another tyre manufacturer, tops the list with 58.75 per cent CAGR return over the 15 year period, followed by seafood player Avanti Feeds.

The third ranker is Eicher Motors, makers of Royal Enfield, and home financier and an HDFC subsidiary Gruh Finance.

Most analysts are not surprised that the consumption theme dominates the list.

Of the 23 companies that have generated over 30 per cent returns, more than 40 per cent are in this segment.

"Consumer-facing or the business-to-consumer sector tends to be more secular and less cyclical, so the sustainability of business is much more," says Pankaj Murarka of Renaissance Investment Managers.

One sector with multiple entries in the top-performing list is paints.

While their larger peer, Asian Paints, made investors richer by over 31 per cent in 10- and 15-year periods, it has fallen a tad short with the 5-year CAGR return at 29 per cent.

"Companies in sectors which are moving from the unorganised to organised sector and especially players who are early leaders such as Asian Paints tend to benefit," said V K Sharma, head, private client group, HDFC Securities.

The company has been a leader over the past three decades when the sector was 70 per cent unorganised and has continued to consolidate its position since then even as the share of the unorganised segment came down to 30 per cent.

Berger and Kansai Nerolac have done well, too, growing on a small base, clocking between 20 per cent and 22 per cent profit growth every year in the past 15 years (as is the case with Asian Paints).

Analysts have a mixed view on exposure to cyclicals or commodity-driven plays.

"Commodities are risky and barring a few exceptions, they do not generate consistent returns over longer periods of time," says Sharma.

Among notable companies in the list is Shree Cement, which has generated exceptional returns.

Experts say the reason for such performance has got more to do with the high quality of management than the business itself.

The company's ability to generate superior profitability and return ratios in a commodity business is what sets it apart.

The list comprises 23 companies with current market capitalisation of Rs 100 billion or above.

If the market cap filter is eased, the list would expand to 66. Taking different time frames such as 5, 10 and 15 years helps identify companies that deliver across market and economy phases.

The one area most wealth managers have a common view is to avoid deeply cyclical sectors and companies in those fields.

Experts say such companies are exceptions and not the norm for wealth generation.

"If you have to buy cyclicals you have to play them cautiously," says G Chokkalingam of Equinomics Research and Advisory. He believes investors should focus on management quality and companies with a strong balance sheet and it is not surprising that most companies tick both these boxes.

Experts, however, caution investors to be careful while picking up small-cap stocks.

For every small-cap that shines, there are 50 that fall by the wayside, says Murarka.

Irrespective of the size of the company, two parameters that capture the essence of wealth creation is quality businesses combined with consistently higher growth.

The absence of even one leads to periods of low returns.

This is why two sectors don't find mention in this list -- infrastructure, for obvious reasons, and, surprisingly, information technology.

Thus, while the growth potential was strong, these businesses were not able to generate free cash flows consistently or the return on capital employed was less than the cost of equity.

The exact opposite is the companies in the IT sector.

The top-tier companies are of high quality.

"It is not just great quality, but a combination with high growth also which is rewarded by investors," says Murarka. 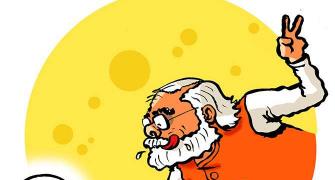 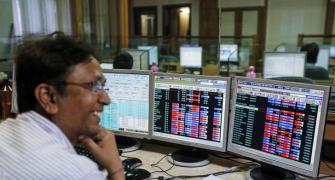 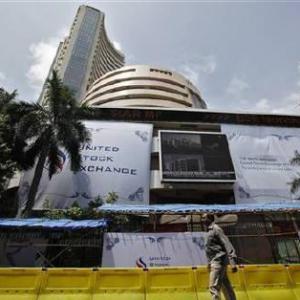