The tea sector may see a crop loss of 50 per cent (around Rs150 crore) while the damages owing to landslides washing away a 100-acre plantation in Wayanad are yet to be accounted for. 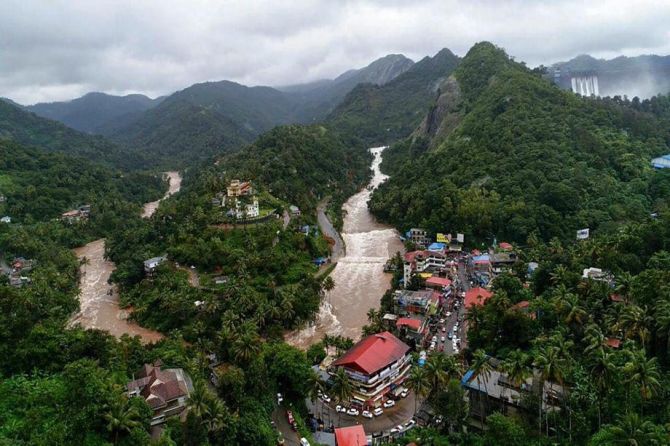 Rain in Kerala, which has so far claimed 186 lives and left thousands homeless, has resulted in a crop loss of around Rs 600 crore, according to preliminary estimates by planters in the state.

As weather officials predict more rain in the next few days, industry is afraid the loss could go up.

“The crop loss alone would be around Rs 600 crore. It is yet to be known how much the overall loss would be after taking into account the infrastructure and others,” said Ajith Balakrishnan, secretary to the Association of Planters of Kerala.

The tea sector may see a crop loss of 50 per cent (around Rs150 crore) while the damages owing to landslides washing away a 100-acre plantation in Wayanad are yet to be accounted for.

In the case of rubber, it is expected to be around 40 per cent, while the likely damage to the waterlogged cardamom plantation may cost around Rs 300 crore.

Almost 30 per cent of the area will need replantation once the situation returns to normal, the cost of which has not yet been factored in.

While coffee is expected to see a 15 per cent of fruit-drop, the loss to rubber crops may be 40 per cent since the planters are unable to tap the trees.

The damage to crops may aggravate job losses, the planters fear.

The association has informed the government about the losses and are waiting for a special package.

The authorities are engaged in rescue and rehabilitation activities and some of the dams are still open.

The preliminary estimated loss was around Rs 8,316 crore.

The state has requested around Rs 1,200 crore from the Central government for immediate relief and rehabilitation.

“The state is in the midst of the second worst flood after 1924 and the heavy rainfall continues unabated.

"Ten out of the 14 districts are severely affected. Twenty-seven major dam shutters have been opened.

"The calamities are of rare severity and the damages caused are enormous,” Vijayan had earlier wrote on his Twitter account.

The value of last year’s products of the plantation sector in Kerala was around Rs 9,780 crore.

This time, the tea industry was expecting production to grow by 15-20 per cent, rubber 10 per cent and cardamom around 20 per cent.