It will be following the footsteps of Vistara, which had started hiring male cabin crew in March 2018, approximately three years after it was launched.

Jet Airways, which has not flown since April 17, 2019, is currently in the process of re-launching operations under its new promoters Jalan-Kalrock Consortium.

Aviation veteran Sanjiv Kapoor took charge as the chief executive officer of the airline on April 4.

In a statement on Sunday, a Jet Airways spokesperson said, "We have a limited number of NCR-based cabin crew, trained and qualified on the Boeing 737 aircraft, on our rolls to operate our proving flights that should take place soon. Several of them have worked with Jet Airways in the past."

The airline will receive its air operator certificate (AOC) after it conducts it proving flights successfully.

"While we only have women in our cabin crew in the current start-up phase, as an equal opportunity employer, we will be having men as cabin crew as well once we reach a certain operational scale," the spokesperson mentioned.

Jet Airways has always had a gender-neutral hiring policy, and that will continue, the spokesperson said.

"The airline earlier proudly operated with a mixed cabin crew, and we will resume that and hire male crew once we get to a certain scale.

"It should be noted that it will be one of very few airlines in India that hire male crew, as we believe that it is the right thing to do," the spokesperson mentioned.

"The initial women-only crew is only to simplify and optimize rostering and training and layover (overnight stay) costs and crew ratios while we are still subscale and our crew requirements are limited, and is also reflective of the cabin crew applicant pool which is predominantly female," the spokesperson added. 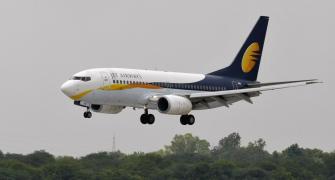 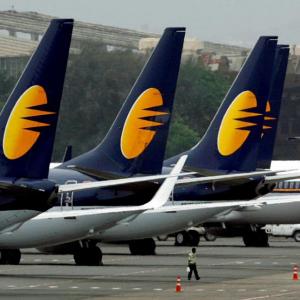