Isro's Antrix to be restructured 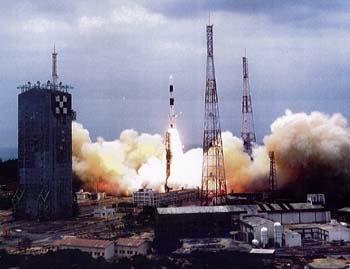 The Space Commission said on Monday that Antrix Corporation, the commercial arm of the Indian Space Research Organisation, would be restructured. After a two-hour meeting in New Delhi, the highest decision-making body on space policy decided to form a three-member search committee to identify a chairman-cum-managing director for Antrix.

Antrix, formed in 1992, will be for the first time headed by someone who is not the Isro chief. The secretary to the Department of Space is also the chairman of the Space Commission, Isro and Antrix. Currently, K Radhakrishnan holds all these posts.

Business Standard had earlier reported that Radhakrishnan wanted to quit. He took up the Isro job in 2009.

Clarifying that the controversial S-band spectrum deal between Devas Multimedia and Isro was not the reason for the restructuring, Radhakrishnan said such a proposal was considered for three months, following an internal review last year.

He said after the July 2010 meeting, it was decided that "the space department may also review the working of Antrix and restructure it appropriately".

The move to have a CMD for Antrix was taken considering its business expansion and newly-conferred 'miniratna' status. Antrix has a turnover of Rs. 1,000 crore (Rs. 10 billion).

The search committee will include Radhakrishnan and R Chidambaram, principal scientific advisor to the government.
Antrix had a managing director, K Sridhara Murthy, who retired last September. Following his retirement, an executive director was appointed to look into its day-to-day affairs.

The decision to form the committee coincides with the Isro-Devas deal controversy. A government-appointed probe panel, headed by Planning Commission member B K Chaturvedi, is examining the deal.

In 2005, Antrix had signed a contract with Devas to build two satellites, on which Devas would lease transponders in India. Bundled in the deal was 70 MHz of S-band spectrum.

In December 2009, Isro had ordered a review of the deal and, subsequently, the Space Commission recommended the annulment of the contract on July 2, 2010. But, Antrix continued to take the project forward.

"As of date, Devas has not received any official communication on the cancellation of the agreement, nor have we been provided any reason for such possible action. We continue to wait for the Department of Space/Isro/Antrix to deliver the contracted space segment capacity, not withstanding any statement they have made," said the company.

The development has embarrassed the government, as Isro is directly under the Prime Minister's Office.
On the annulment of the Antrix-Devas deal, Radhakrishnan said Isro had circulated a detailed note on the issue, which was under the consideration of the Cabinet Committee on Security.

Radhakrishnan said the contract needed to be annulled, given the requirement of the S-band spectrum for strategic purposes.

He said the demand of the strategic sector for the scarce spectrum had increased five-fold in the last five years.

At the meeting, a proposal for participation in moon mission, "Project Moonrise", was also discussed.