Invesco agrees to Zee-Sony deal; not to seek Goenka's ouster

Investment firm Invesco Developing Markets Fund, the largest shareholder in Zee Entertainment Enterprises, on Thursday said it will support the Zee-Sony merger deal and has decided not to pursue the call for ZEEL EGM to remove managing director and CEO Punit Goenka and two independent directors. The company said it will support the merger of Zee and Sony, contending the "deal in its current form has great potential for Zee shareholders" but added if it is not completed as currently proposed, Invesco retains the right to requisition a fresh EGM.

Two days after the Bombay high court ruled that Invesco's call for EGM was legally valid, the investment firm in a statement said, "Since we announced our intention to requisition an EGM and add six independent directors to Zee's Board of Directors, Zee has entered into a merger agreement with Sony.

"We continue to believe this deal in its current form has great potential for Zee shareholders".

"We also recognise that following the merger's consummation, the board of the newly combined company will be substantially reconstituted, which will achieve our objective of strengthening board oversight of the company.

"Given these developments, and our desire to facilitate the transaction, we have decided not to pursue the EGM as per our requisition dated September 11, 2021," it added.

Invesco said it will "continue to monitor the proposed merger's progress. If the merger is not completed as currently proposed, Invesco retains the right to requisition a fresh EGM".

Last year in December, Sony Pictures Networks India Pvt Ltd (SPNI) and Zee Entertainment Enterprises Ltd (ZEEL) signed definitive agreements for the merger of ZEEL into SPNI following the conclusion of an exclusive negotiation period during which both parties conducted mutual due diligence.

At that time Invesco along with OFI Global China Fund LLC, which together hold about a 17.9 per cent stake in ZEEL, had opposed the deal.

When the merger deal was announced in September 2021, the two networks had stated that Sony would invest $1.575 billion and hold a 52.93 per cent stake in the merged entity, while Zee will have the remaining 47.07 per cent.

Under the terms of the definitive agreements, SPNI will have a cash balance of $1.5 billion at closing, including through infusion by the current shareholders of SPNI and the promoter founders of ZEEL.

When it is completed, Sony Pictures Entertainment Inc will indirectly hold a majority of 50.86 per cent of the combined company and the promoters (founders) of ZEEL will hold 3.99 per cent, while the other ZEEL shareholders will hold a 45.15 per cent stake.

Commenting on the Bombay high court's ruling that set aside a single-judge order that restrained Invesco from pressing for the EGM to remove Goenka and the two directors, the company said, "We view (this) as an important reaffirmation of shareholder rights in India and the mechanisms under Indian law to hold Boards accountable to their shareholders. The ruling is a boon for corporate governance in India and a win for shareholder democracy."

The investment firms had also sought the appointment of six of their own nominees - Surendra Singh Sirohi, Naina Krishna Murthy, Rohan Dhamija, Aruna Sharma, Srinivasa Rao Addepalli and Gaurav Mehta - on the board of the company.

Invesco had opposed the merger plan with Sony, terming the development as symptomatic of the company's erratic manner of handling important and serious decisions.

In July 2019, Subhash Chandra-led Essel Group had roped in existing investor Invesco Oppenheimer to raise its stake in flagship Zee Entertainment Enterprises by another 11 per cent for Rs 4,224 crore. 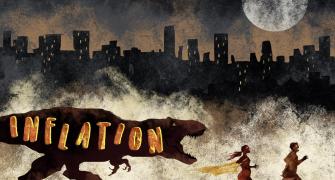 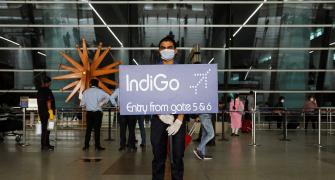