Interest rates will come down in 2013: Experts 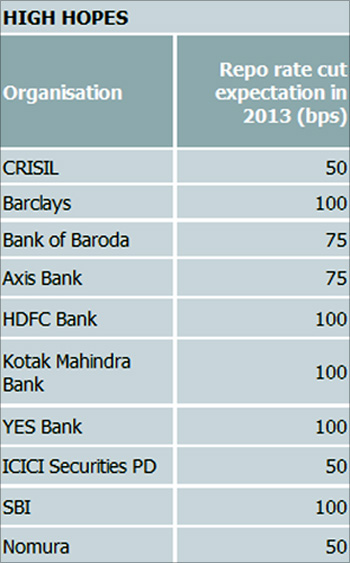 The New Year could bring some cheer among bankers, as the Reserve Bank of India (RBI) is expected to start the rate easing cycle as early as January, during the third quarter review of monetary policy.

However, the euphoria might be short-lived as deeper rate cuts are not seen during the remaining part of the year.

While the easing of headline inflation, due to both the base effect and softening demand, the central bank is expected to start the much-awaited rate cut cycle in January with a 25 bps reduction in the repo, the key policy rate.

According to a poll of 10 market players conducted by Business Standard, five expect a 100 bps cut in the repo rate in 2013, currently at eight per cent. Three expect a 50 bps cut, while the other two see a 75 bps cut in 2013.

Most economists expect repo rate cuts, between January and March with the first cut of 25 bps in the third-quarter review of the monetary policy on January 29.

"We are expecting a cut of 25 bps only at each phase. Most rate cuts will be at the earlier part of the year. We are expecting the first cut in January," said Indranil Pan, chief economist, Kotak Mahindra Bank.

In 2012, the Reserve Bank of India (RBI) had cut the repo rate only once by 50 bps on April 17. The next five policy meetings saw status quo on rates, as inflation remained much above the comfort zone of the central bank. RBI, however, has reduced the cash reserve ratio (CRR) by 175 bps to 4.25 per cent of banks' net demand and time liabilities, to ease liquidity pressures.

There is an expectation in the market that 2013 might not be different from 2012 when it comes to repo rate cuts. "I am expecting a 50 bps cut in 2013 and it will happen in the January-March period. After that RBI may pause," said A Prasanna, chief economist, ICICI Securities Primary Dealership.

The sense is that there is a lot of suppressed inflation in administered prices of fuel, coal and electricity. So, in the middle of 2013 there might be price rises in these items, which might push up inflation, said Prasanna.

According to Prasanna, right now, the WPI is coming down and this gives comfort to the central bank to cut rates in the January-March period. But, for further cuts, the wholesale price index (WPI) needs to come down, something Prasanna is not expecting.

The concern for the RBI has been inflation management which continues to remain sticky. WPI inflation was at 7.24 per cent in November, compared to 7.45 per cent in October. In the second-quarter review of monetary policy on October 30, WPI-based inflation projection for March 2013 was raised to 7.5 per cent from the seven per cent indicated in July.

The only respite on the inflation front is that the government might not increase energy prices keeping in mind the 2014 general elections.

"By end-March, the WPI will be at 7.25 per cent and after that, it will start easing further during 2013. We do not see a sharp depreciation of the rupee. Oil prices may remain at a bit lower from current levels. Since we are close to the general elections in 2014, the huge price corrections in petrol, diesel and LPG may not come in," said Shubhada Rao, chief economist, YES Bank, who expects a 100-bps cut in 2013. 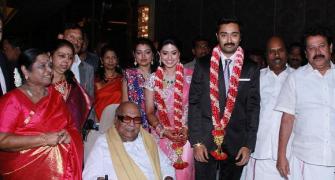 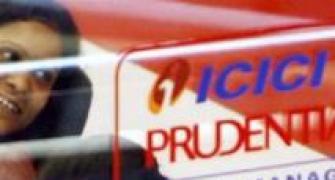 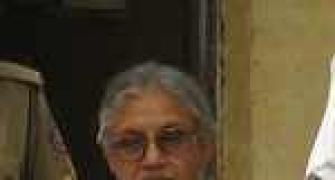 India at Raisina: The People were the Heroes