Frequent drug recalls, warning letters and import alerts from the US in the recent past have turned into a major concern for the Indian pharmaceutical industry and investors. While Ranbaxy Laboratories recently pleaded guilty before the US authorities for its wrongdoings in the past, the crackdown on the drug companies seems to have intensified. 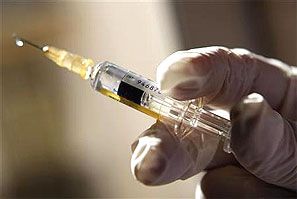 After the  Ranbaxy episode, a number of other domestic companies such as Wockhardt, RPG Life Sciences and Dabur India have come under the scrutiny of the US Food and Drug Administration (FDA) for either their manufacturing practices or products.

Data also show several other leading domestic pharma companies have recalled their products from the world’s largest drug market in the recent past. For instance, in the past one year, pharma companies, including Ranbaxy, Sun Pharmaceutical Industries, Cadila Healthcare, Dr Reddy’s Laboratories, Glenmark Pharmaceuticals and Lupin, have recalled some of their key drugs from the US market.

While many claim that recalls and warning letters are usual in the pharma business, the increased frequency of the same has raised eyebrows. “In the past two years, the regulator risk has certainly increased. FDA has become more stringent and increasing number of companies are coming under its scanner,” says Nirmal Bang senior research analyst Praful Bohra.

Experts say FDA, which opened two offices in India - one in New Delhi and the other in Mumbai in 2009 - is keeping a close check on manufacturing practices and compliance of norms by companies. “With FDA stationed here now, the inspections are likely to be more frequent and unalarmed now. So, certainly, companies need to gear up for this,” Bohra said.

While India and China are among the first geographies for FDA to establish offices outside the US, currently, it also has permanent in-country presence in Europe, Latin America, West Asia and North Africa, and Sub-Saharan Africa.

India, the second largest drug exporter and the seventh largest food exporter to the US, accounts for around 30 per cent share of the US pharma market with its generic medicines. Besides, it also supplies spices, oils and food colourings to the US in major quantities.

Many feel Indian companies should now be on alert and strengthen the processes and compliance to avoid a long-term impact on their businesses. “A warning letter or an import alert has a very negative impact on a company that have business in the US and earns major revenue from there because the business from the impacted unit gets stalled for at least around  nine months to a year,” said Bohra.

“This is indeed a big wake-up call for the entire Indian pharma industry for collectively working to protect our hard-earned reputation through demonstrated action rather than rhetoric,” said Biocon chairman and managing director Kiran Mazumdar Shaw, referring to the Ranbaxy fiasco.

“I think it would be prudent to enhance the compliance processes and such a review of the existing processes is warranted. In some cases, these would need further strengthening,” says Utkarsh Palnitkar, partner and national head - life sciences practice in KPMG India.

“I think an investment in the compliance processes is an imperative. If India is to maintain and further enhance its position as a favoured supplier of the global pharma industry, a demonstration of higher standards is a given.”

Some also say Ranbaxy was a one-off episode and the company with its new management has managed to take corrective actions. “Ranbaxy is one of the oldest Indian pharmaceutical companies. In this light, while this episode has been a setback for the company, its strong credentials and rich product pipeline will hold the company in good stead in the years to come,” says Lupin spokesperson Shamsher Gorawara.

“India is already acknowledged as the best quality manufacturer of generic formulations globally and hailed as the pharmacy to the world; the Industry has helped governments across the world make health care more affordable and accessible for the common man,” Gorawara said. He added the reputation of Indian pharma industry remained untarnished globally and this would in no way impact the industry or its performance.