India's willingness to play a big role in the manufacturing and to allow some of those vaccines to go to other developing countries will be an absolutely critical part of containing the pandemic, said Gates. 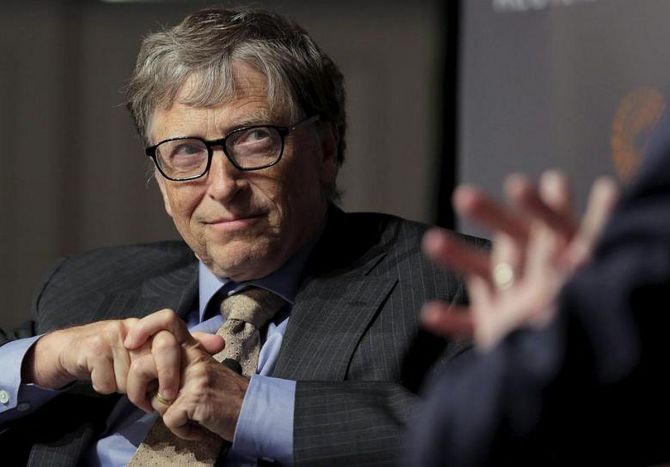 Billionaire philanthropist Bill Gates has said India's willingness to play a "big role" in manufacturing COVID-19 vaccine and allow it to supply to other developing countries will be a critical part in containing the pandemic globally.

In an exclusive interview to PTI, Gates, whose foundation is focusing on fighting the pandemic, called it the "next biggest thing" the world has been confronted with after the World War.

The Microsoft co-founder said the world is looking to India for large scale production of COVID-19 vaccine once it is rolled out.

"Obviously, all of us want to get a vaccine out in India as fast as we can, once we know that it's very effective and very safe, and so the plans are coming into focus that sometime next year, it's very likely that roll-out will take place and take place in fairly big volume," he said.

“The world is also looking to India for some of that capacity to be available to other developing countries.

“Exactly what that allocation formula looks like will have to be figured out," Gates added.

Scientists and pharmaceutical companies globally are racing against time to find a vaccine for the coronavirus pandemic which has killed about 932,000 people and infected around 24 million.

Some of the vaccine candidates have entered the third and final phase of testing.

"This is not like a world war, but it's the next biggest thing after that we've ever had," he said.

The Bill and Melinda Gates Foundation, one of the world's largest charities, has been involved in global efforts to contain the pandemic.

In India, the foundation has entered into a partnership with the Serum Institute to accelerate the manufacturing and delivery of COVID-19 vaccines.

"India's willingness to play a big role in the manufacturing and to allow some of those vaccines to go to other developing countries will be an absolutely critical part of that," said Gates.

"India will be helping to make sure we have equity.

‘We have a model that shows that getting the vaccine out to those who need it the most will save half the lives that you'd lose if you only send it out to the rich countries," he said.

In the telephonic interview, the Microsoft co-founder who has donated billions of dollars to fight poverty and diseases, talked extensively about India's strength in production of vaccines and referred to companies like Serum Institute, Bio E and Bharat Biotech.

"We've been brokering the idea of taking a vaccine and manufacturing it in India, even if it comes from AstraZeneca, Oxford or Novavax or Johnson & Johnson.

“We've publicly talked about the arrangement where a Serum will be able to make very high volume of the AstraZeneca and the Novavax vaccine," said Gates.

"There's discussions with Bio E, their connection with the Johnson & Johnson vaccine, and whether they'll be able to ramp that up," he said.

Gates also said that the foundation has been having "great discussions" with India's NITI-Aayog, adding the ICMR is looking at the regulatory aspects of the COVID-19 vaccines.

"I'm actually very impressed with how our discussions with the government on these issues and the companies, including the Western companies collaborating with these new companies, that's all gone very well," Gates said.

The American business magnate said he was optimistic that by the first quarter of next year, that several of these vaccines will reach the phase three emergency licence approval.

"We still could be disappointed in that.

“But we have a variety of constructs and the early data from the phase one and phase two, for example the antibody levels, looks pretty promising for quite a few of these vaccines," he said.

He said the focus should be to keep the cost of the vaccines low and it should be ensured that they can be made in very high volume.

"We have to remember that even once a vaccine is approved, the bar for that vaccine in terms of the effectiveness was set as 50 per cent, and so we still may want to continue with other vaccines to get higher effectiveness," he said.

"The whole Aadhaar digital financial system in India has proven to be once again a huge asset," he said, adding it can be extended to all the countries of the world.

The philanthropist also referred to the foundation's annual Goalkeepers report saying it normally takes stock of the ongoing progress on things like economic growth, literacy, child survival and average lifespan.

Asked whether India's economic downturn will impact implementation of social welfare schemes, Gates said the foundation is a huge believer that investments in health pay off very strongly.

"It's tragic that all health activities have been so disrupted, and that will lead to increased deaths from other diseases, not just COVID," he said.

"In fact, in many places, and I'm not sure if India will be included in this, but there's a chance that there would be more deaths from other diseases because of the health disruption than from COVID itself," he said. 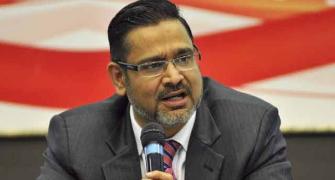 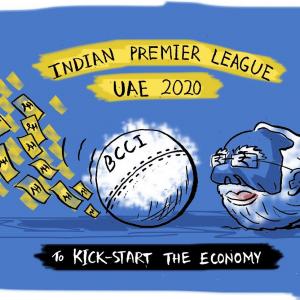 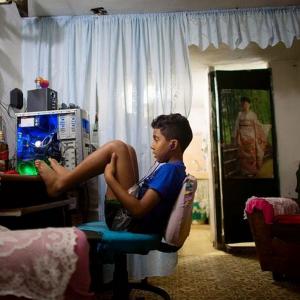