The Federal Reserve on Wednesday decided to trim its bond purchases by another $10 billion as it stuck to a plan to wind down its extraordinary economic stimulus despite recent turmoil in emerging markets. The action was widely expected, although some investors had speculated that the US central bank might put its plans on hold given the jitters overseas.

Fed Chairman Ben Bernanke, who hands the Fed's reins to Vice Chair Janet Yellen on Friday, managed to adjourn his last policy-setting meeting without any dissents from his colleagues. It was the first meeting without a dissent since June 2011 - a sign of how tumultuous Bernanke's tenure has been.

In addition to proceeding with plans to scale back its bond buying, the Fed made no changes to its other main policy plank: its pledge to keep interest rates low for some time to come.

The decision suggests that it would take a serious threat to the US economy before the Fed backs down from a resolve to shelve the asset-purchase program later this year.

Indeed, it offered a somewhat rosier assessment of the US economy's prospects than it did last month, saying "economic activity picked up in recent quarters." It also largely shook off surprisingly soft jobs growth in December. "Labor market indicators were mixed but on balance showed further improvement," it said.

"They really want to move to the sidelines here and get out of the (bond buying) business," said Jack Ablin, chief investment officer at BMO Private Bank in Chicago.

All 17 top Wall Street economists polled by Reuters on Wednesday expect the Fed to wind the program down by year's end, and nearly all believe the Fed won't raise rates until at least the third quarter of 2015.

Major US stock indexes closed down more than 1 percent, while yields on the benchmark 10-year Treasury note hit the lowest level since late October. The dollar rose against the euro but was little changed against a broad basket of currencies.

Verbal inflation: how Fed statements have ballooned under Bernanke: http://graphics.thomsonreuters.com/14/fed/fed.html

Importantly, the Fed stuck to its promise to keep rates near zero until well after the US unemployment rate, now at 6.7 percent, falls below 6.5 percent, especially if inflation remains below a 2 percent target. Some analysts had speculated it might alter this guidance, given how close the jobless rate now is to the rate-hike threshold.

In fact, the central bank's statement largely mirrored the one it issued after its December 17-18 meeting, when it announced an initial $10 billion cut to its monthly bond purchases.

At the time, Bernanke told reporters the Fed would likely continue to taper the purchases in "measured" steps through the year until it was fully wound down, as long as the economy continued to heal. He did not speak to the media on Wednesday.

In its statement on Wednesday, the Fed said it would buy $65 billion in bonds per month starting in February, down from $75 billion now. It shaved its purchases of US Treasuries and mortgage bonds equally.

"The Fed's action today represents a continuation of its resolute determination to end (bond purchases) during 2014," said Daniel Alpert, managing partner at Westwood Capital in New York. "The policy has hit its 'sell by' date."

In announcing its decision, the Fed made no reference to the sell-off in emerging markets that has depressed US stocks in recent days.

Markets in countries with large current account deficits, such as Turkey and Argentina, have suffered steep losses in part because of the prospect of less US monetary stimulus.

These currencies and stocks slumped again after the Fed's announcement, offsetting aggressive interest rate hikes by Turkey and South Africa.

Meanwhile, economic signals in the United States - from consumer spending to industrial production and trade - have suggested the US recovery closed out last year on solid ground, reinforcing expectations the Fed would continue trimming the stimulus. The weak December jobs report has been viewed as an outlier.

The central bank launched its current round of bond purchases in September 2012, its third such effort since the darkest days of the financial crisis in late 2008.

The effort to bring the purchases to a halt will now fall to Yellen, who has strongly backed the unprecedented actions the Fed has taken to boost growth and get more Americans back to work. She will chair her first policy meeting on March 18-19.

Bernanke, a professor and leading scholar of the Great Depression before joining the Fed, took the central bank far into uncharted territory during his eight years on the job, building a $4 trillion balance sheet and keeping interest rates near zero for more than five years to pull the economy from its worst downturn in decades.

© Copyright 2020 Reuters Limited. All rights reserved. Republication or redistribution of Reuters content, including by framing or similar means, is expressly prohibited without the prior written consent of Reuters. Reuters shall not be liable for any errors or delays in the content, or for any actions taken in reliance thereon.
Related News: Fed, Ben Bernanke, BMO Private Bank, Janet Yellen, Jack Ablin
SHARE THIS STORY
Print this article Many reasons for silver to fall further 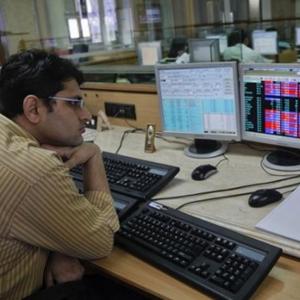 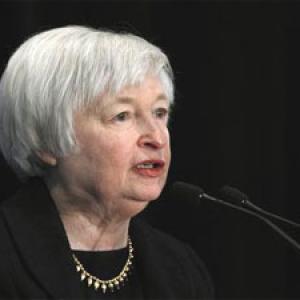 Janet Yellen punches through 'glass ceiling'; to head US Fed