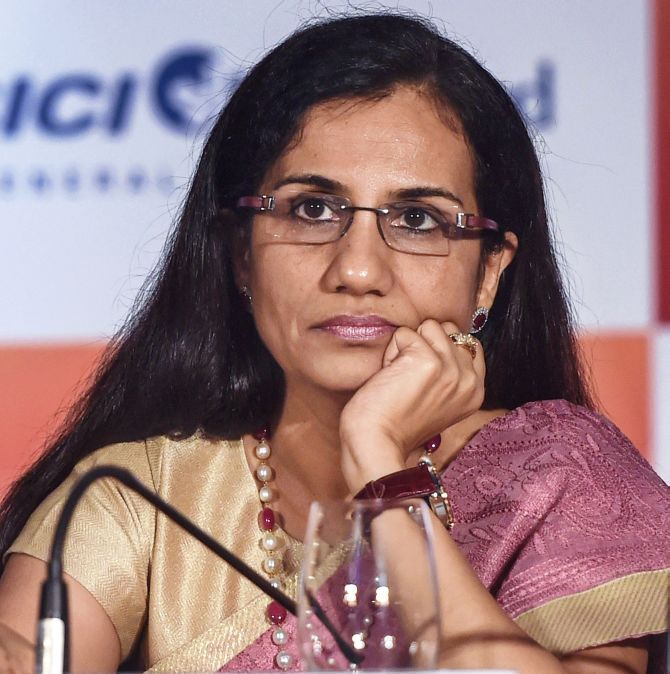 The board of India's largest private sector lender ICICI Bank has ordered an independent probe into allegations of 'conflict of interest' and 'quid pro quo' in bank's managing director and chief executive officer Chanda Kochhar's dealing with certain borrowers.

Last week, market regulator Securities and Exchange Board of India had served a notice on Kochhar on dealings of the bank with Videocon Group and NuPower.

The enquiry was ordered by the board, at its meeting on Tuesday, on a complaint by an anonymous whistle-blower against Kochhar, the bank said in a regulatory filing on Wednesday.

"...the enquiry to be headed by an independent and credible person (will) examine and enquire into an additional anonymous whistle-blower complaint...," it said.

The scope of enquiry would be comprehensive and include all relevant matters arising out of and in course of examination of the facts and wherever warranted, use of forensics/email reviews and recording of statements of relevant personal, it said.

The enquiry, the bank said, will be conducted by an 'independent and credible' person.

Interestingly in April, the board had expressed full confidence in Kochhar and ruled out any quid pro quo as alleged with regard to certain loan given to Videocon group.

The regulator filing, which came on Wednesday after close of stock market, further said the enquiry will cover all 'connected matters' in the course of investigations to bring the matter to a final close.

In keeping with the whistle-blower policy of the bank, its board mandated the audit committee to appoint an independent and credible person to head the enquiry and also define the terms of reference, including timeline.

There are also allegations that NuPower got investments of Rs 325 crore from Mauritius-based Firstland Holdings, a company owned by Nishant Kanodia, son-in-law of Essar Group co-founder Ravi Ruia.

The investments from Ruia's son-in-law's firm into NuPower started in December 2010. Incidentally, the same month ICICI Bank was lead banker in a consortium of Indian banks that extended a $530 million loan to Essar Steel Minnesota LLC on December 29, 2010.

This loan was later classified as a non-performing asset.

The restructuring wasn't commissioned by the bank but by the borrowers.

Interestingly, the board of ICICI Bank expressed full faith in Chanda Kochhar, whose current tenure as CEO is set to end on March 31, 2019. It had reviewed credit approval processes and found them to be robust, according to a March 28 filing by the bank.

Source: PTI© Copyright 2020 PTI. All rights reserved. Republication or redistribution of PTI content, including by framing or similar means, is expressly prohibited without the prior written consent.
Related News: Chanda Kochhar, ICICI Bank, Videocon Group, NuPower Renewables, Securities and Exchange Board of India
SHARE THIS STORY
Print this article 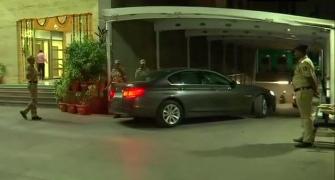