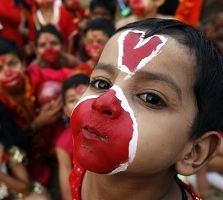 India improves position, but fares worse than neighbours Pakistan and Bangladesh on many parameters

With a score of 0.609 on HDI, India stands well below the average score of 0.630 for countries in the medium human development group.

But it is marginally above the South Asian countries’ average score of 0.607.

According to the latest ranking, India stands higher than neighbours Bangladesh and Pakistan but lower than countries like Namibia, Guatemala and Tajikistan, even Iraq. Norway tops the HDI ranking, followed by Australia, Switzerland and Denmark.

The latest ranking is based on data from 188 countries.

The Human Development Index is based on assessing progress on three dimensions of human development.

First, a long and healthy life measured through life expectancy of the population.

And last, standard of living measured by the country’s per-capita gross national income.

In its latest report, UNDP has revised and updated the underlying data which make comparisons with previous published rankings misleading (though it has presented a consistent set of rankings in the appendix).

In particular, two major data revisions were made.

First, the new rankings make use of the new purchasing-power parity conversion rates based on 2011 International Comparison Program surveys published by the World Bank, while the previous rankings were based on the 2005 PPP rates.

The second revision pertains to changes in the population indicators.

The 2015 human development report has made use of new data released by the United Nations Population Division in ‘The 2015 World Population Prospect’, which has led to changes in life expectancy estimates.

These revisions have impacted countries HDI values, and thus their rankings.

As a result of the changes in data, changes have also occurred in three indicators for India -- life expectancy, mean years of education among the adult population and GNI per capita leading to a change in HDI values.

After adjusting for inequality, India’s HDI for 2014 falls from 0.609 to 0.435, indicating a loss of almost 29 per cent due to inequality in the distribution of the HDI dimension indices.

This seems to be line with that observed in neighbouring countries like Bangladesh and Pakistan.

The average loss due to inequality for medium HDI countries is estimated to be 25.8 per cent.

Similarly, mean years of schooling have increased from 4.8 to 5.4 over the same period. During these 10 years, per-capita incomes in India have risen significantly, from $3239 to $5497 (at 2011 purchasing-power parity).

On the gender development index, with a value of 0.795, India ranks behind Bangladesh (0.917), Namibia, Guatemala, even Tajikistan.

On the gender inequality index, India fares poorly in 2014, standing 130th among 155 countries, well behind Bangladesh and Pakistan, which are ranked 111th  and 121st , respectively.

GII is based on reproductive health (measured by maternal mortality and adolescent birth rates), empowerment (measured by the share of parliamentary seats held by women and attainment in secondary and higher education by each gender), and economic activity (measured by the labour market participation rate for women and men).

Data presented in the report show that 12.2 per cent of Parliament seats are held by females.

Besides, only 27 per cent of adult women have achieved education up to at least the secondary level.

India also fares poorly on maternal mortality rate, or the number of deaths per 100,000 live births.

Compared with India’s 190, MMR for both Pakistan and Bangladesh is lower at 170.

According to this index, 55.3 per cent of India’s population was multi-dimensionally poor in 2005-06, while another 18.2 per cent lived near multidimensional poverty.

However, since these estimates are based on data that are almost a decade old, the country’s standing as on date is likely to be better than that estimated in the report. 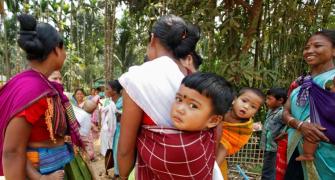 Human development? India has a long way to go 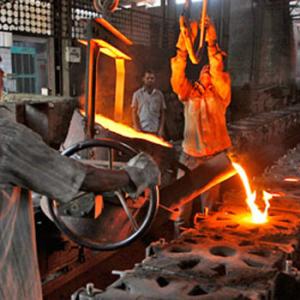