Market sentiment was cautious ahead of assembly elections in Karnataka on Saturday, while unabated foreign fund outflows and lacklustre earnings by some companies added to the gloom, brokers said.

Oil prices continued their move higher as investors digested the news of renewed US sanctions on Iran and fretted over its impact on global oil supplies.

Brent crude futures, the international benchmark for oil prices, hit their strongest since November 2014 at $77.76 per barrel on Thursday.

The Sensex had gained 403.97 points in the previous three sessions.

The rupee depreciated to fresh 15-month lows against the dollar, raising inflation and fiscal deficit concerns.

"Volatility continued despite positive global cues as investors remain cautious due to rise in oil price and weak INR.

"Banks/financials are under pressure due to rise in yield and earlier recognition of stressed assets. Results so far has not enthused investors' sentiment whereas next phase of results will be crucial as any deviation will create further downgrades," said Vinod Nair, head of research, Geojit Financial Services.

While oil and gas, after struggling, managed to close in the green.

In broader markets, the BSE mid-cap index dropped 1.52 per cent while the small-cap index lost 1.36 per cent.

Shares of Federal Bank slumped nearly 12 per cent after the company reported a fall of 43.5 per cent in standalone net profit for the quarter ended March 2018.

Shares of state-run Indian Bank plunged 8.17 per cent after it reported a 59 per cent decline in net profit for the March quarter. 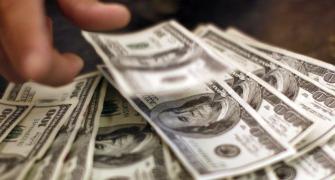 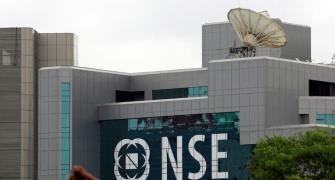