News
Business
Movies
Sports
Cricket
Get Ahead
Money Tips
Shopping
Sign in  |  Create a Rediffmail account
Rediff.com  » Business » How IT companies will fare in Q4

How IT companies will fare in Q4

Historically, the March quarter is known to be weak information technology companies.

This year, it is expected to be worse than usual, due to cross-currency risks.

Management commentaries suggest dollar revenue growth would grow only for some, while others might see a sequential decline.

According to estimates, sequential dollar revenues growth might either remain flat sequentially or decline two to three per cent for most firms, as the dollar has strengthened by 4-10 per cent against most other major currencies (pound, euro & Australian dollar).

Ambit Capital expects IT companies to report low-dollar revenue growth (between -3.4 per cent and 0.5 per cent quarter-on-quarter) due to seasonal weakness and cross-currency headwinds.

As the trend is unlikely to reverse in FY16, most brokerages are positive only about selective firms that are expected to tide over this currency volatility.

Religare Institutional Research expects organic dollar revenue growth to be flat in the fourth quarter of FY15. The brokerage expects Infosys and HCL Tech to perform marginally better than TCS and Wipro.

Tech Mahindra’s revenue growth in constant currency is expected to be the weakest, due to weakness in the telecom vertical.

However, that is not a long-term issue and the growth prospects remain strong. Ambit expects cross-currency headwinds to shave 80-320 basis points (bps) off the sequential revenue growth in dollar terms, with HCL Tech and Tech Mahindra bearing the highest brunt of this.

Also, the Street is expecting Infosys to return to double-digit revenue growth from FY16. The market is building in a revenue growth band of 9-11 per cent in the new financial year.

Even as currency headwinds play spoilsport, the Street is expected to be focused on constant currency growth guidance of most companies, which is indicative of real growth.

The impact of cross-currency movement is expected to have a much bigger impact on margins, compared to revenues.

Modest volume growth during the quarter, coupled with investments and payouts in the form of wage hikes, would further erode margins in the March quarter.

A one per cent change in the dollar tends to impact operating income by 30-35 bps. The sensitivity to euro/rupee is 10-25 bps.

Ambit is of the belief that the cross-currency moves would compress earnings before interest and tax margins by 30-60 bps, barring Tech Mahindra, which is expected to see a margin compression of 250 bps due to wage rises and acquisition. 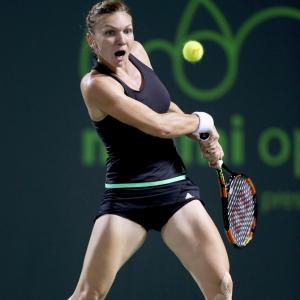 She has earned Serena's respect; find out how and why... 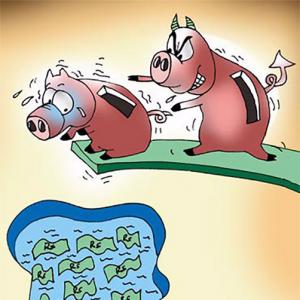