It has delivered 1 billion application installs and updates in the past 12 months, says Samreen Ahmad.

It was viewed by many as the fintech company standing up to the 'bully' and restricting internet giant Google's 'monopoly' in that space.

But the attempt to build the country's first indigenous app store and democratise apps had kick-started seven years ago by three IIT Bombay alumni.

Today, Indus OS claims to be the largest home-grown app store, with a user base of over 100 million.

It has delivered 1 billion application installs and updates in the past 12 months.

The founders of the start-up Rakesh Deshmukh, Akash Dongre, and Sudhir B, however, do not want to be seen as taking on the Googles and Apples through their venture.

"India is a large market. Three to four players can easily co-exist. It's happening in the world of e-commerce," says Deshmukh.

After Google said all apps selling digital goods on its Play Store will have to use its billing system -- a decision later deferred by the technology behemoth till April 2022 -- Indus OS saw 40 per cent jump in the number of app developers registering on its platform.

Deshmukh says his company is not creating a new vertical with this venture.

India is a country with 19 billion annual downloads; 40 per cent do not happen on the Google Play Store.

There is, therefore, already a nascent market for players like Indus OS to tap into, he argues.

Before Indus OS was born, the trio had incubated two start-ups -- one in the payments segment, another in application development.

In fact, theirs was the first company to build a quick response code in 2007.

The idea was ahead of its time and did not scale heights.

The early 2010s were an interesting time when India was at an inflexion point.

There were millions still finding their sea legs online.

"Based on our market research, we found these users did not understand the significance of 'search' or 'apps'. It was a whole new world to them," reminisces Deshmukh.

The three serial entrepreneurs began building a desi app store, which would help India adapt to the internet much faster.

When you look at an app store, it looks like a beguiling product.

Delve deeper, it is a complex interplay of technology and display.

It took the company two and a half years to build its platform for local languages, which today supports 12 native languages, apart from English.

While Indus OS was creating an app store to take care of Indian developers' interests, the biggest challenge thrown at it was to bring developers on its unheard-of platform.

With its local language display, it was the perfect portal for discovery of local content understood by app developers.

Those who do not have an email ID can also download apps from this Made In India app store.

It has tied up with the likes of Samsung, Micromax, and Karbonn and comes preloaded on Android devices in India.

However, its distribution is restricted to original equipment manufacturer partnerships.

If a user with a phone of another brand wants to explore Indus OS, it cannot be downloaded from another app store.

Even if a user gets a link to the app store and installs it, there will be pop-up security warnings.

"That experience should have a level playing field and it should be the same as Google Play Store," says Deskhmukh.

The company is in talks with government stakeholders to help them draft a policy for such a level playing field for app store players. 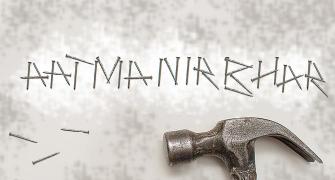 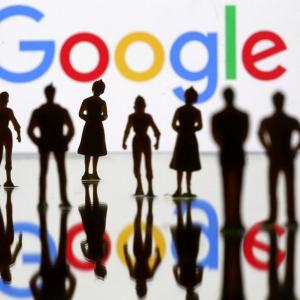