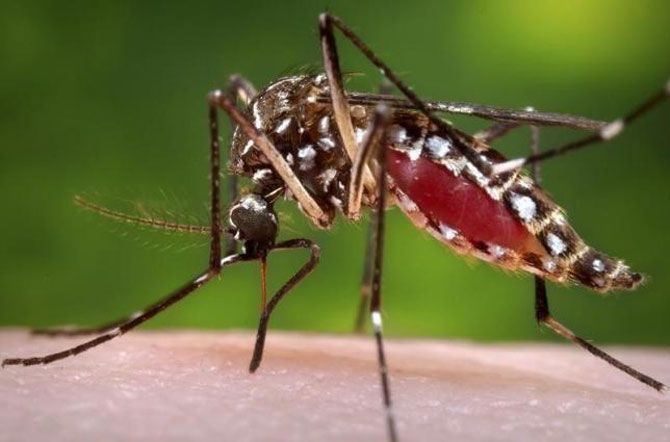 The rising cases of dengue across many Indian states have fast turned into new business opportunities for pharma, consumer goods and insurance companies.

Bengaluru-based Micro Labs, a pharmaceutical company with a turnover of Rs 2,500 crore (Rs 25 billion), recently launched a medicine to increase platelet count in patients. Priced at Rs 375 for a five-day course of 15 tablets (a unit), Caripill is primarily marketed in the Delhi national capital region (NCR), Maharashtra and south-Indian states, where many cases of dengue have been reported.

The company has said Caripill, made from papaya leaf extracts, does not have any side effects. It claimed to have sold about 200,000 units of the medicine since the launch in July, although critics say this will not effectively cure dengue.

Antony Jacob, chief executive officer of Apollo Munich Health Insurance, was quick to sense an opportunity in the rising double-digit dengue-related claims from his customers every year. But not everyone could afford to buy a health insurance. "Dengue lasts for five or seven days, but results in a financial burden of Rs 35,000-50,000 if one gets hospitalised. We wanted to offer an affordable option to the public and, therefore, launched a dengue care plan for Rs 444 a year. I will not be surprised if by this time next year, we have more players offering similar plans," he said.

Within 45 days of the launch, the firm sold 20,000 policies, a large number of these in NCR and Maharashtra.

Jacob said cases of dengue are not limited to particular socio-economic strata and hundreds of thousands of cases go unreported every year. In a study titled Economic Disease Burden of Dengue Illness in India, researchers from India and the US found the data captured only 0.35 per cent of the clinically-diagnosed dengue cases in India. The study estimated that against the 20,000 cases reported annually in India, the actual number of dengue cases was nearly six million.

Serum Institute of India, promoted by the Poonawallas, is gearing to launch a dengue drug after it bought exclusive rights from US biotech firm Visterra recently. The vaccine is expected to be launched in three years. "For the first time in India, we will have the dengue monoclonal antibody. This antibody in animals has been found to neutralise and reduce the virus in three days. This product will do well because there is no other product. We have an exclusive tie-up with Visterra for India and some other countries," Adar Poonawalla, CEO, told Business Standard in a recent interview.

Good Knight, the highest-selling mosquito repellent brand from the Godrej stable, is promoting the use of Good Knight even at daytime when the risk of a mosquito bite leading to dengue is higher. The Rs 1,400-crore (Rs 14 billion) brand has launched a new campaign - Subah Bolo Good Knight - early this month. The campaign aims to reach out to 10 million school-going kids across the country, who are at a greater risk due to weaker immunity compared to adults.