Hike in import duty on gold may fuel smuggling

The government has hiked gold import duty to 15 per cent from 10.75 per cent to check the current account deficit (CAD) and rising import of the yellow metal.

The duty changes came into effect on June 30.

Along with the agriculture infrastructure development cess (AIDC) of 2.5 per cent, the effective gold customs duty will be 15 per cent.

So, the import of yellow metal put stress on the country's forex.

"Gold is inelastic in its demand. So, you would want to see whether you can at least try to discourage to that extent people importing.

"Or if you are importing and you still want to import, please pay up that much more so that country can have some revenue," she said.

There has been a sudden surge in imports of gold. In May, a total of 107 tonnes of gold was imported and in June also, it was significant.

The surge in gold imports is putting pressure on the current account deficit, the finance ministry said.

With the outflow of foreign portfolio investment and costlier imports, the foreign exchange reserve of the country has seen a decline.

Since the war in Ukraine broke out in late February, the RBI has expended its foreign exchange reserves in order to shield the rupee from steep depreciation.

Since February 25, the headline foreign exchange reserves have declined by $40.94 billion.

The current account deficit (CAD) is expected to widen to 3 per cent of GDP in FY23 against 1.2 per cent in the previous fiscal.

Jewellery and industry experts said the increase in import duty on gold will fuel smuggling and urged the government to review the tariff rate on the yellow metal.

All India Gem and Jewellery Domestic Council (GJC) chairman Ashish Pethe said: "The sudden hike in gold import duty has taken us by surprise. We understand the government's situation as regards the Indian Rupee versus the US dollar.

“But this hike will put the entire industry in a spot and may encourage smuggling."

The GJC will engage with the government to resolve the situation in favour of the domestic industry, he added.

The increase in import duty on gold aims to reduce gold imports and ease macro-economic pressure on the rupee, he said.

"However, overall taxes on gold now rise sharply from 14 per cent to around 18.45 per cent and unless this is tactical and temporary, this will likely strengthen the grey market, with long term adverse consequences for the gold market," Somasundaram said.

Malabar Gold and Diamonds chairman Ahammed MP said the import duty on gold has been reduced in recent times to curb tax evasion and smuggling.

"But the latest hike in import duty will fuel smuggling again. We urge the government to review the import duty increase on gold," he said.

PNG Jewellers chairman and managing director Saurabh Gadgil said, "At a time when the industry was pushing for a reduction in gold duty, the increase in duty on gold imports by a significant 5 per cent has come as a surprise."

Gold prices are already at high levels and now with this increase, gold will become dearer.

The 5 per cent hike seems to be an effort to offset the high costs of energy currently.

While the end consumer may not get affected much by this hike, the trade may be impacted, he added.

India is the world's second-biggest gold consumer after China.

The imports are largely driven by the jewellery industry. Gold imports in volume terms stood at 842.28 tonnes from April 2021-February 2022. 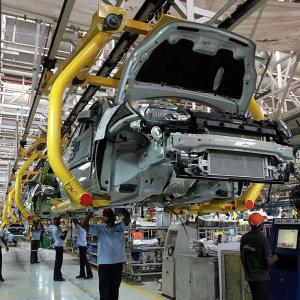 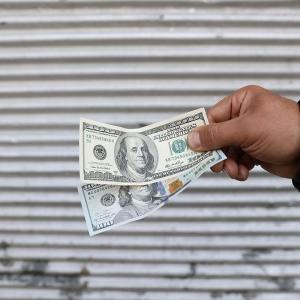