The large drop was for export orders that were meant to be delivered until October. A severe slowdown in foreign orders, combined with a growing liquidity crisis, may get out of hand by the year-end if rules of export under the goods and services tax (GST) regime are not altered soon, industry bodies have warned.

At a meeting with Revenue Secretary Hasmukh Adhia-led GST committee - set up to look into exporter concerns on Tuesday - trade and industry bodies pointed out that the deferment in mandatory filing of GST return forms as well as extreme difficulty in receiving tax returns was hurting exports, sources present said.

This may lead to a Rs 65,000-crore (Rs 650 billion) worth of exports being stuck by the end of the year, director-general of the Federation of Indian Exports Organisations (FIEO), Ajay Sahai said.

According to an assessment by the FIEO, the large drop was for export orders that were meant to be delivered until October. Beyond October, this may rise to 20 per cent, as exports during Christmas and New Year may be affected.

After growing in single digits in the previous three months, August exports had risen by 10.29 per cent, up from 3.94 per cent in July.

But exporters and economists alike remain sure that the coming months would prove to be the real challenge for merchandise exports.

That is largely due to the tax refund issues under the GST regime still remaining two months down the line, exporters complaining of crippling liquidity, and the rupee expected to climb steadily in the coming months.

The deferment of the mandatory filing of GST return forms are holding up tax refunds for exporters and magnifying the liquidity crisis being faced by the sector, exporters have told the government.

They have also pointed out that due to the government’s decision to defer the filing of GSTR forms 1, 2 and 3 for July, huge capital has been blocked.

The government has extended the filing of all three forms for the month of July to October 10, October 31 and November 10, respectively.

“If the current situation persists, the liquidity crisis for exporters will become even more difficult, as they would receive no tax refunds for four months from July to October,” Sahai said.

As an immediate measure, he said refunds should be provided on the basis of GSTR-1, with excess refunds being adjusted after regular filing by exporters later.

On this note, the Confederation of Indian Industry (CII) has suggested the government consider special initiatives for promoting exports, including examining certain provisions under the GST regime.

According to the CII, payment of integrated GST (IGST) for imports should be allowed to be debited under the advance authorisation scheme.

Further, advance receipts for exports should be exempt from payment of IGST.

The chamber has also pointed out that the new GST rules should be updated, so that a manufacturer who supplies goods to an exporter for onward trade should be considered as an exporter.

Thus, GST should not be applicable on interstate sales by manufacturers to export trading houses, similar to what had been the case earlier, it said. 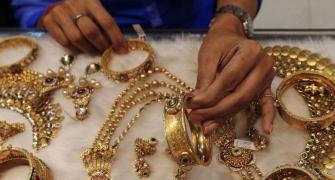 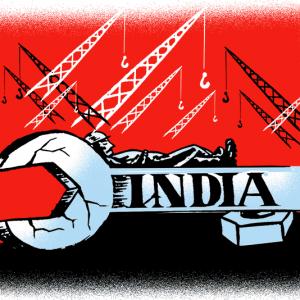