India's GST collection remained above Rs 1 lakh crore for the third month in a row at over Rs 1.17 lakh crore in September, raising expectations that second half of the year will post higher revenues. 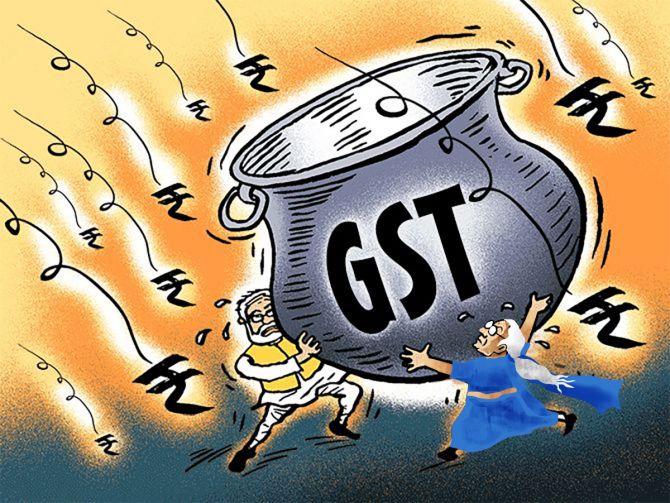 The collection in September is the highest in five months since April, when revenue was at record high of Rs 1.41 lakh crore. 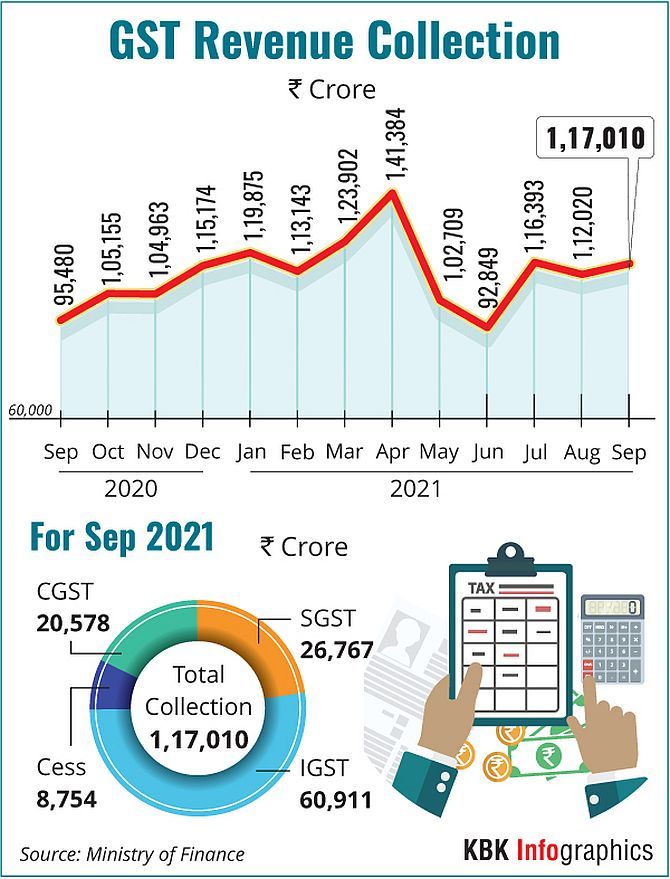 "This clearly indicates that the economy is recovering at a fast pace.

"Coupled with economic growth, anti-evasion activities, especially action against fake billers have also been contributing to the enhanced GST collections.

"It is expected that the positive trend in the revenues will continue and the second half of the year will post higher revenues," it added.

"As the festive season starts, GST collections should also see a rise in the near future," Bose added.

The Centre has also released GST compensation of Rs 22,000 crore to States to meet their GST revenue gap, the ministry added.

Deloitte India Senior Director MS Mani said the GST collection figures indicate that growth of the economy is leading to stable collections, which would help in achieving the fiscal deficit target of 6.8 per cent of GDP.

"Most of the key manufacturing states reporting a growth of 20 per cent plus compared to last year does indicate that an economic revival is clearly in progress across key states," Mani added.

Mani further said the significant increase in GST collections both from import and domestic transactions compared to the same period last year and the marked increase in the collections in key states indicates an acceleration in business activities. 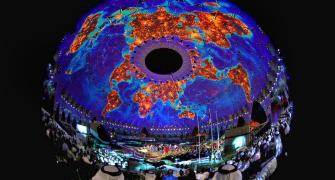 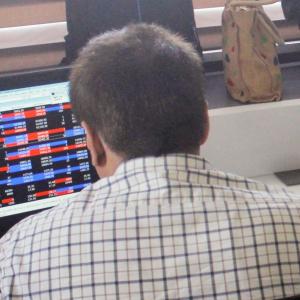