The government’s largesse was widely expected after the ruling Bharatiya Janata Party lost power in the recent assembly polls in three Hindi heartland states, where rural distress was cited to be one of the reasons for the defeat of the saffron party. 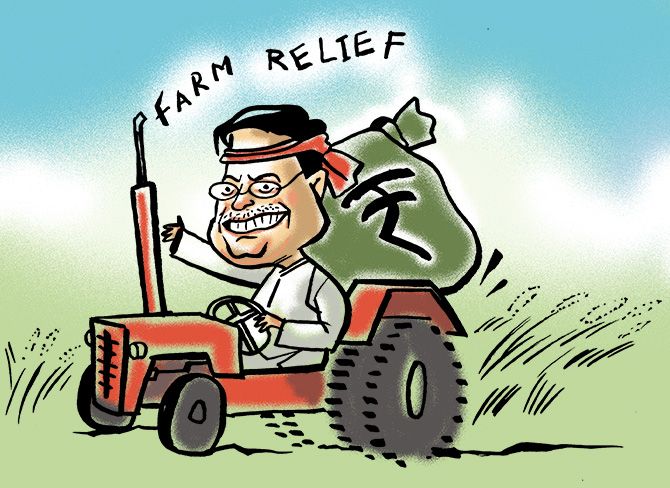 To woo distressed farmers ahead of general polls, the Centre on Friday announced a direct income support of Rs 6,000 per year to those holding cultivable land up to two hectare, a move that would benefit 12 crore farmers and cost the exchequer Rs 75,000 crore annually.

The scheme, named Pradhan Mantri Kisan Samman Nidhi (PM-KISAN), has been made applicable from the current fiscal itself, and first installment of Rs 2,000 will be transferred directly into the bank account of farmers before March.

About Rs 20,000 crore extra has been provided for the scheme in the revised estimate for the current fiscal.

The move was widely expected after the ruling Bharatiya Janata Party lost power in the recent assembly polls in three Hindi heartland states, where rural distress was cited to be one of the reasons for the defeat of the saffron party.

Apart from direct income support to farmers, Finance Minister Piyush Goyal, in the Interim Budget for the 2019-20, also announced extended interest subsidy on loans availed for animal husbandry and fishery as well as those farmers affected by severe natural calamities.

Consequently, the total budget allocation for agriculture and allied activities is projected higher at Rs 1,49,981 crore for the 2019-20 fiscal, when compared to the revised estimate of Rs 86,602 crore for this fiscal.

Emphasising the need for providing "structured income support" to the poor land-holder farmer families, the finance minister said the returns from farming has reduced due to falling agri-prices and small fragmented land holdings.

PM-KISAN is required for procuring inputs such as seeds, fertilisers, equipment, labour and to meet other needs, he said, adding that it will help them avoiding indebtedness and falling into clutches of money lenders.

Goyal also said, "This scheme will be funded by Government of India. Around 12 crore small and marginal farmer families are expected to benefit from this."

The scheme would pave the way for farmers to earn and live a respectable living. It would not only provide assured supplemental income to the most vulnerable farmer families, but would also meet their emergent needs especially before the harvest season, he added.

"Further, in case of timely repayment of loan, they will also get an additional 3 per cent interest subvention," the minister said.

It was during the last Budget, the government had extended the facility of the KCC to animal husbandry and fisheries farmers.

The finance minister also extended the interest subvention of 2 per cent on crop loans to all farmers affected by severe natural calamities, where assistance is provided from National Disaster Relief Fund as well as prompt repayment incentive of 3 per cent for the entire period of re-schedulement of their loans.

When natural calamities strike, farmers are generally unable to repay their crop loans. Presently, the crop loans are rescheduled for such affected farmers and they get benefit of interest subvention of 2 per cent only for the first year of the rescheduled loan, he added.

To ensure provision of easy and concessional credit and to bring all farmers under KCC fold, the government has decided to initiate a comprehensive drive with a simplified application form.

"During the last five years for providing affordable loans to farmers, the amount of interest subvention has been doubled. The crop loan to farmers increased to Rs 11.68 lakh crore in year 2018-19," he said.

The government has made "genuine efforts" to remove the "hardships of farmers" by providing them Soil Health Cards, quality seeds, irrigation scheme and Neem Coated Urea to remove shortage of fertilisers, he added.

Asserting that animal husbandry and fisheries sector also need considerable support, the minister said the allocation for 'Rashtriya Gokul Mission' has been increased to Rs 750 crore in the current year itself.

He also announced setting up of ‘Rashtriya Kamdhenu Aayog’ to upscale sustainable genetic up-gradation of cow resources and to enhance production and productivity of cows.

The Aayog will also look after effective implementation of laws and welfare schemes for cows.

To provide sustained and focused attention towards development of this sector, Goyal said that the government has decided to create a separate Department of Fisheries.

India is the second largest fish producing nation in the world, accounting for 6.3 per cent of global production, registering an average annual growth of more than 7 per cent in recent years. The sector provides livelihood to about 1.45 crore people at the primary level, he added.

Goyal also highlighted that the government for the first time in history has fixed the minimum support price of all 22 crops at minimum 50 per cent more than the cost with an aim to double the income of farmers.

Farmers are in distress in most parts of the country as they are not getting better returns because of falling prices due to bumper production of foodgrain, oilseeds, sugarcane, cotton and other horticulture crops. 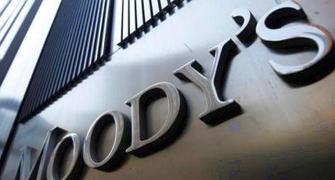 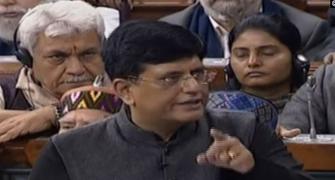 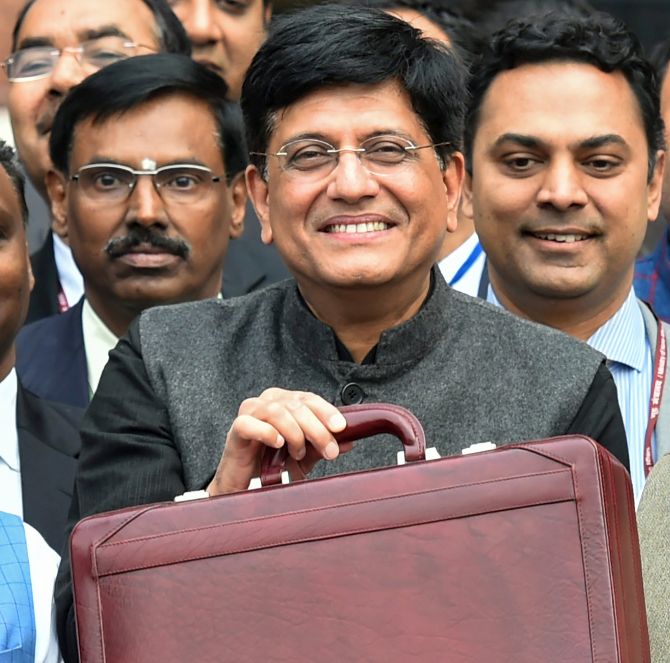