Govt releases 5 survey reports but holds back study it junked

The government’s decision to release the reports comes two days after over 200 scholars from across the globe issued a statement demanding release of all withheld reports produced by the NSO, including the household consumer expenditure survey that was junked. However, this junked report was not released. 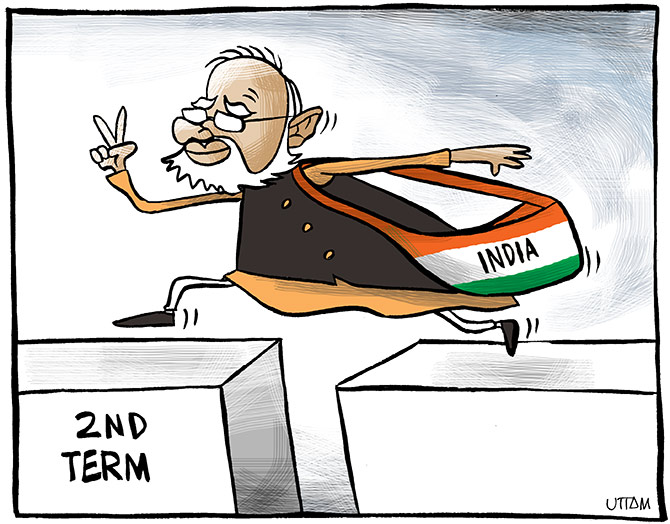 Scholars across the world had appealed for the survey reports, including one on household consumer expenditure.

The Union government on Saturday released five sets of survey reports on key socio-economic trends, most of which were approved but withheld.

The junked consumer expenditure survey was not among these.

The survey for these was conducted along with that for the ‘Household Consumer Expenditure’ between July 2017 and June 2018.

It has also made public the unit-level data - essential for researchers and analysts to do their own analysis based on the raw survey data.

All the reports have been signed by NSO Director General Vijay Kumar.

The government’s decision to release the reports comes two days after over 200 scholars from across the globe issued a statement demanding release of all withheld reports produced by the NSO, including the household consumer expenditure survey that was junked by the government last week.

The other reports released by the MoSPI on Saturday include periodic labour survey force report, which shows the trend of unemployment in urban areas for January-March 2019.

It has also released results of its survey titled ‘Drinking Water, Sanitation, Hygiene and Housing Conditions in India’ - part of its 75th round of survey conducted between July and December 2018.

“It is a welcome move that the government has released these survey reports.

"It was starting to get really worrying after the annual report of the periodic labour force survey (PLFS) 2017-18 was initially withheld for release.

"The whole idea of conducting PLFS was to track employment on a real-time basis.

"The MoSPI should now put out a calendar for release of some of these data sets,” said former chief statistician Pronab Sen.

However, though the 75th round of household survey was meant to capture three broad trends - consumer expenditure, health and education - the government has decided to release only the last two and not the first one.

Business Standard reported on November 15 that consumer spending fell for the first time in over four decades by 3.7 per cent between 2011-12 and 2017-18, according to the NSO’s ‘Key Indicators of Household Consumption Survey’.

The survey was approved for release by an expert committee on June 19 this year.

The statistics ministry had said it has decided to junk the survey because of “data quality” issues.

This was the first time the government decided not to release a survey conducted by the NSO, a statistical body set up in 1950.

It had even said that there were concerns about the ability of the NSO surveys to “capture consumption of social services by households especially on health and education.”

During the fag end of its previous tenure, the government had withheld the Periodic Labour Force Survey of 2017-18 for five months.

The survey, which showed the unemployment rate touching a 45-year high of 6.1 per cent, was approved by the National Statistical Commission (NSC), an autonomous body overlooking India's statistical system, in December 2018, but was released in May 2019 after the results for the Parliamentary elections were announced.

Two members of the NSC, including its chairman P C Mohanan, had resigned as the government was not releasing the data.

“This suppression of essential data is terrible for accountability and for ensuring that citizens have the benefit of official data collection that is paid for with their taxes.

"It is also counterproductive for the government, which may be kept in the dark about actual trends in the economy and, therefore, not be able to devise appropriate policies,” a statement issued by over 200 scholars had said on Thursday.