Govt can reduce petrol price up to Rs 25 but won't: Chidambaram 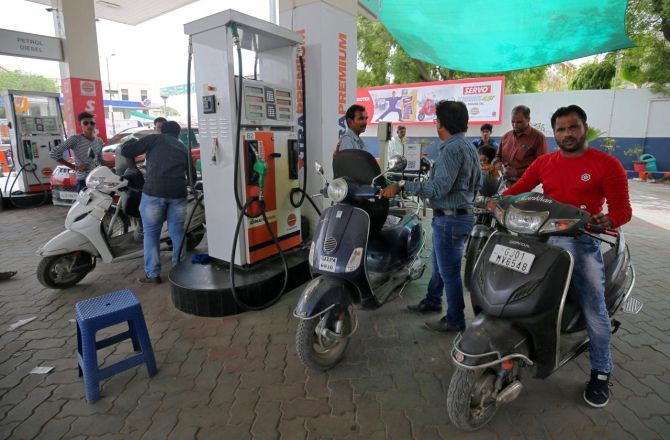 Amid rising criticism over steep hike in fuel prices, senior Congress leader P Chidambaram on Wednewsday claimed it was possible to cut up to Rs 25 per litre in petrol prices but the government will not do so.

In a series of tweets, the former finance minister said the bonanza to central government is Rs 25 on every litre of petrol and this money rightfully belongs to the average consumer.

"It is possible to cut up to Rs 25 per litre, but the government will not. They will cheat the people by cutting price by Rs 1 or 2 per litre of petrol," he said on Twitter.

Rates vary from state to state depending on the incidence of local sales tax or VAT.

The prices in Delhi are the cheapest among all metros and most state capitals.

The central government levies Rs 19.48 a litre of excise duty on petrol and Rs 15.33 per litre on diesel.

State sales tax or VAT varies from state to state.

Unlike excise duty, VAT is ad valorem and results in higher revenues for the state when rates move up.

Every rupee cut in excise duty on petrol and diesel will result in a revenue loss of Rs 13,000 crore.

The government had raised excise duty nine times between November 2014 and January 2016 to shore up finances as global oil prices fell, but then cut the tax just once in October last year by Rs 2 a litre.

Subsequent to that excise duty reduction, the Centre had asked states to also lower VAT.

Just four of them -- Maharashtra, Gujarat, Madhya Pradesh and Himachal Pradesh -- reduced rates while others including BJP-ruled ones ignored the call. 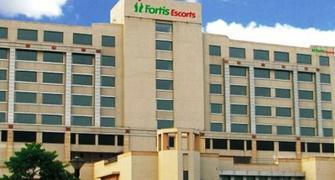 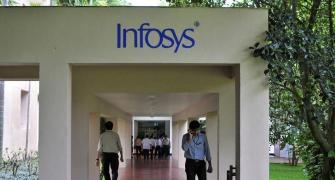 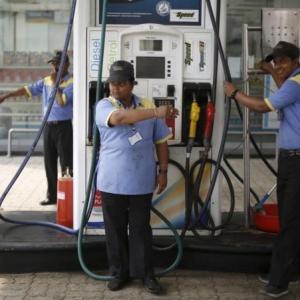