‘Our discussions with investors and the market's multiples suggest that Prime Minister Narendra Modi winning 2019 is being priced in,’ says a UBS report. 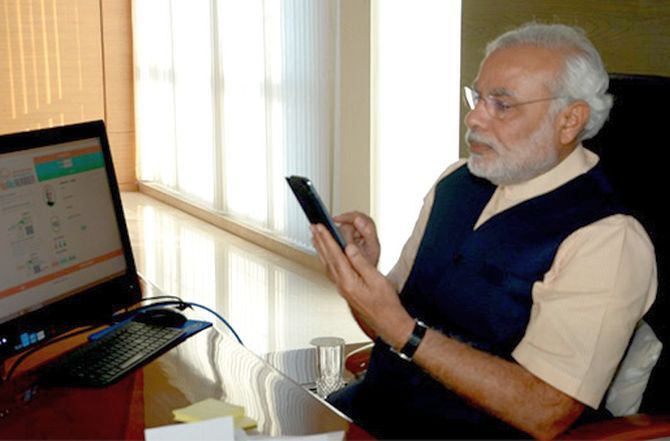 Global investors have priced in a ‘Modi win in 2019’, and the government may consider various stimulus options to support the rural economy in the run-up to Lok Sabha elections next year, says a UBS report.

"Our discussions with investors and the market's multiples suggest that Prime Minister Narendra Modi winning 2019 is being priced in," UBS Securities Head of India Research Gautam Chhaochharia and Analyst Sanjena Dadawala said in a research note.

They further noted the government may consider various stimulus options to support the rural economy ahead of the general elections.

The note was published last week ahead of the counting of votes in the Karnataka elections.

Other potential ways could be through an interest rate subsidy, including zero-interest loans for farmers.

The report further noted that though the first 3-3.5 years of the Modi government saw a number of reforms and politically tough steps like demonetisation, GST implementation, bankruptcy code, the run-up to elections is unlikely to see any big bang measures.

The government's political economy stance into the elections will be a key driver of sector/stock relative performance and rural-exposed stocks should continue to do well, irrespective of whether the rural/agri tilt is "real or just rhetoric".

The report, however, noted that any major populism/stimulus would likely drive bond yields higher and possibly hurt the currency.

On job creation, the report said, the pace will increase if the government's policy push is successful. 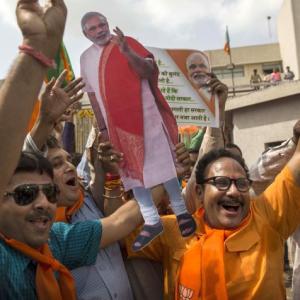