Handloom and handicraft buyers are urbane, digitally savvy and aware of the huge benefit that market linkages could provide the community of artisans, and Flipkart and Amazon seek to leverage this to expand their footprint and recall, report Romita Majundar and Neha Alawadhi. 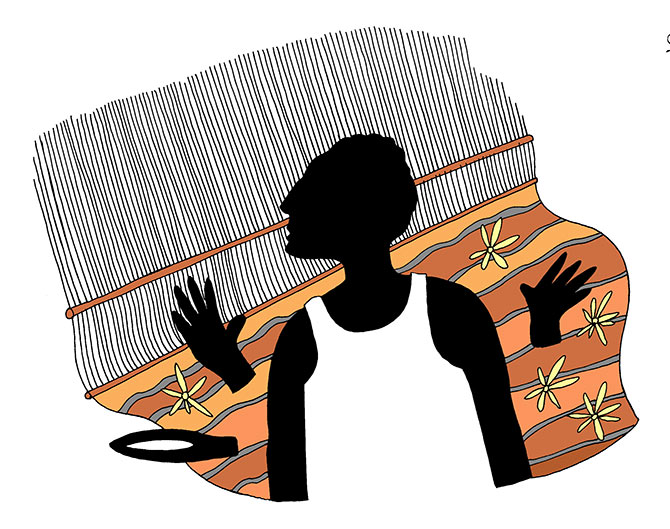 Over the past fortnight, e-commerce behemoths Flipkart and Amazon have announced a slew of alliances, all with an unlikely set of partners --weaver associations, government-run artisan cooperatives and NGOs working with handmade and handloom products.

For both, however, these partnerships are more than just another opportunity to ramp up the numbers on their platforms; they are strategic branding tools too, as both look to ride the growing trend for sustainable fashion, among high-spending urban consumers in the country.

Sustainability is a global trend, as is the pressure to go local with the supply chain and the two are cashing in on the opportunity presented by the country's stockpile of traditional weaves and products.

They are also taking a leaf out of the book of small handloom marketplaces and seller groups that have mushroomed online.

Handloom and handicraft buyers are urbane, digitally savvy and aware of the huge benefit that market linkages could provide the community of artisans.

They are also keen to make their purchases count -- for the environment and for weavers and artisans.

This is an insight that almost every online handloom brand has leveraged to expand its footprint and recall.

Many online influencers (also users and sellers of such products) emphasise the weaver-market connections.

Consider for instance Vijaylaxmi Chhabra, who has 20,000 followers and endorses handlooms from Orissa.

The former AIR presenter and DG of Doordarshan uses the state's history and tradition around its weaves to spread the word, always highlighting the community responsible for the final product.

On-the-ground involvement is important for buyers to buy into the claims made over handloom. Hence Flipkart made sure that it mentioned the five non-governmental organisations that it has partnered with and that the move will help artisans. Flipkart Samarth, the announcement explained, has been designed to support artisans.

"Through the five partners that we have already on-boarded, we are already connected to 30,000 artisans. We are in talks with many, many more as we scale this further.

"These 30,000 sellers will create a few million jobs," said Kalyan Krishnamurthy, CEO Flipkart during the launch.

Amazon said that Amazon Karigar showcases over 55,000 products, including 270 plus unique arts and crafts from 20 states.

This programme has been merged with an existing program called Kala-Haat which already interfaced with artisans.

"Through the Karigar programme, we are engaging with government and handicraft bodies across the country, training craftsmen to embrace online selling and enabling them to sell to a wide consumer base," said Gopal Pillai, vice president, Seller Services, Amazon India.

Karigar is an old programme (but the e-store is new) and the company said that the average sales by weavers on Amazon Karigar has increased four-fold over the past year.

The ties between the weavers and sellers have been the focus on brand building by the smaller platforms that have proliferated in this space.

Run down the social media timelines of Gocoop, Gaatha, Weavesmart, Lal10 among many others and across the board, access to weavers and artisans is the big selling point.

The benefit of associating the brand with those who make the products is two-fold, say marketing experts.

Not only do they win the approval of young consumers who want their brands to align with the right causes, it also helps cement the supply chain by winning over weavers and associated groups.

However, just connecting the artisans to the consumer isn't enough. Protecting the art and livelihoods of the artisans from purveyors of fake, look-alike and pirated products is a pressing concern, points out Maneet Gohil, co-founder and CEO, Lal10, a B2B handloom marketplace.

"Policy level decisions that would bring handloom weaving back into the mainstream are a stringent Geographical Indication (GI) implementation legal framework by the government and accessible raw material depots for weavers, with the chance of securing credit lines for orders, among others," noted Gohil.

He has a long wish list for the sector, but until that happens, he and the other platforms hope that the band of social media influencers will push the cart on reforms, as they have done with demand. 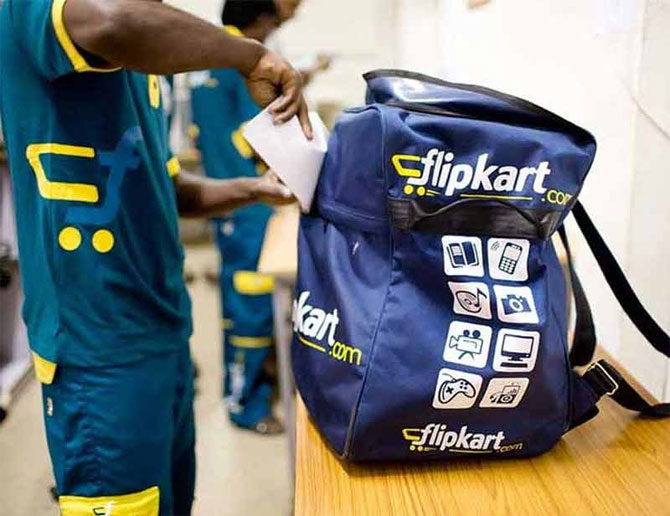