As per revised rules every four tribals is likely to be displaced or affected by projects, as their habitations were rich in natural resources 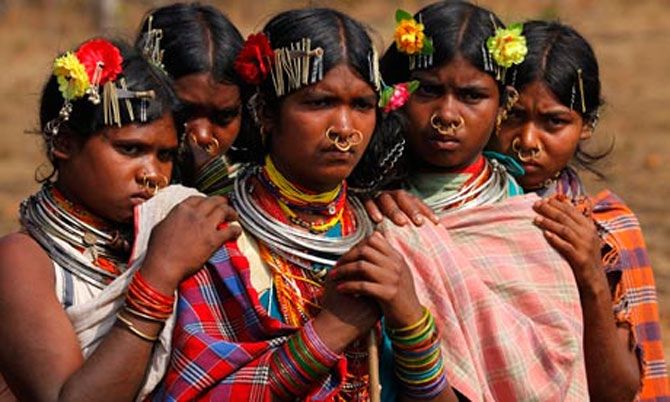 After approving an ordinance that does away with the need for consent of owners to acquire their land for infrastructure projects and other purposes, the National Democratic Alliance (NDA) government is finalising the dilution of tribal rights over forest land, which will ease and hasten handing over green patches to industry.

Sources in the government say despite months of stiff resistance from the nodal tribal affairs ministry, a compromise is being hammered out to alter the existing strong regulations requiring the consent of tribal gram sabhas (village councils) before forest land is given to industries.

The tribal affairs ministry has drafted revised rules governing tribal consent, which are now being reviewed by the environment, forests and climate change ministry. A senior official in the government said, "We should see some result on this within weeks." Another official said the environment ministry had, on Monday, received a proposal to revise existing regulations on tribal consent, adding this was being reviewed at the highest level.

Unlike revenue land, with some exceptions, forest land is vested with the government. Handing these to industry or using these for infrastructure projects required only political and bureaucratic clearances from the central government, despite millions of tribals being dependent on forests. This changed when the Forest Rights Act was legislated in 2006. 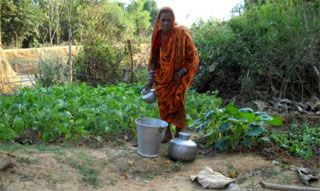 The law proposed to hand back rights over forests to tribals and traditional forest-dwelling communities. Consequently, in 2009, orders were passed to ensure the government didn't give away forest land of tribals to industry, unless the tribal gram sabhas concerned gave their prior consent.

These orders got a stamp of approval from the Supreme Court, in a case related to Vedanta Resources seeking to mine bauxite in tribal forestlands in Odisha.

Under the United Progressive Alliance (UPA) government, attempts to dilute these orders for other projects besides Vedanta largely failed, despite the pressure from the Prime Minister's Office (PMO). But since the NDA government took charge in May this year, these attempts were revived with greater vigour by the environment ministry.

The ministry, claiming the process of seeking the consent of gram sabhas was delaying and holding back projects, sought to do away with it, positing several legal arguments on why such provisions need not exist. Under the NDA government, too, the PMO weighed in favour of the environment ministry to alter the regulations, as the nodal tribal affairs ministry resisted the changes.

The exchanges between the environment and the tribal affairs ministries displayed frictions, almost unheard of in the NDA government.

As recently as mid-November, the tribal affairs secretary wrote a terse letter to his counterpart in the environment ministry against their views noting, "The basic legal point is the Forest Rights Act does not provide any scope to any executive agency for any kind of relaxation of the applicability of (the law)." He added there was no proof the Act had delayed projects and blamed the environment ministry for short-circuiting the legal process of seeking consent, which he warned could derail projects if even one village concerned raised objections.

He went on to say the Forest Conservation Act, 1980, (under which the central government controls forests and gives these to industry) had "exasperated the sense of deprivation" of "forest dwellers, including tribal people". He said the implementation of the Forest Rights Act had ameliorated some the grievance of tribals in many places.

"However, the recent announcements (of the environment ministry) have conveyed a message that the government is against fair implementation of the Forest Rights Act. This is not desirable in the interest of peace and governance in forest areas," he summed up.

In October, the tribal affairs ministry had said, "No agency of the government has been vested with powers to exempt application of the Act in portion or in full."

But sources said since the rather harsh exchange of views, at meetings between ministers concerned, as well as between senior bureaucrats, it had been decided the tribal affairs ministry, not its environment counterpart, would find a compromise language to rework existing regulations on tribal consent.

Business Standard could not access the proposal that has now been prepared afresh. But a source privy to the developments said, "We hope to keep the sanctity of the law intact while providing a way out." The move to dilute the rights of tribals over their forestland comes despite a strong recommendation to the contrary by a high-level panel on status of tribals. The panel had submitted a report on the matter to the NDA government, though the latter hasn't made it public yet.

The panel had warned while 60 million people had been displaced or affected by projects between 1947 and 2000, the government's expert group on prevention of alienation of tribal land and its restoration, set up by the central government, had estimated 47 per cent of all displaced people were from tribal communities.

It also highlighted research that said one of every four tribals was likely to be displaced or affected by projects, as their habitations were rich in natural resources. 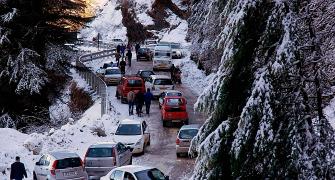 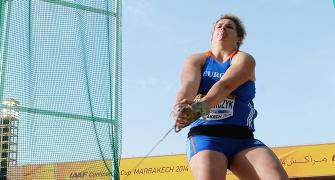 Meet the women's athlete of the year... 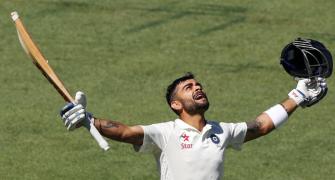