But the measures, particularly in agriculture, may not be enough to revive the sector and double the farm income, says S Mahendra Dev. Bharat, particularly agriculture, has been under distress in the past few years partly due to two years of drought. In fact, the average growth rate of agricultural GDP in the past four years (2014-15 to 2017-18) was only 2.2 per cent per annum.

The Economic Survey 2017-18 also indicates that the level of agricultural GDP and real agricultural revenues have remained constant in the past four years.

In this context, one expected a big push for agriculture and rural areas. The finance minister has not disappointed in giving focus to Bharat in spite of fiscal challenges.

Some of the announced measures by the finance minister in the Budget for agriculture are:

The proposals announced in the Budget are in the right direction although may not be enough to revive agriculture and rural areas.

Rightly, the government is focusing on farmer’s incomes rather than production. In this context, minimum support price of 1.5 times to the input cost of farmers can help increase incomes of farmers. It is however, not clear the resources required and how this is going to be implemented.

The government also wants to help the farmers if there is a difference between MSP and market price. It is also not clear whether the government is adopting Madhya Pradesh model or Telangana model for price deficiency payments.

The Budget, however, has not talked about reducing subsidies and increasing investments.

In fact, the Economic Survey says, that it “requires radical follow-up action, including decisive efforts to bring science and technology to farmers, replacing untargeted subsidies (power and fertiliser) by direct income support, and dramatically extending irrigation, but via efficient drip and sprinkler technologies”.

The Survey also suggests that climate change might reduce farm incomes by up to 20-25 per cent in the medium term. The Budget is silent on climate change and agriculture and natural resource management.

What is in the Budget to increase rural demand apart from measures in agriculture? There are several proposals which raise rural demand.

In the year 2018-19, total amount to be spent by the ministries for creation of livelihood and infrastructure will be Rs 14.34 trillion. Other measures on health, education and social protection also would help rural areas.

It may also be noted that income from agriculture is not enough for farmers. Rural non-farm sectors and urban jobs have to be promoted so that the population from agriculture can gain from off-farm employment.

To conclude, the Budget proposals for agriculture and rural sector are in the right direction. But, these measures, particularly in agriculture, may not be enough to revive the sector and double the farm income.

Also the outcomes depend on effective implementation. Although the role of states is important, the central government has a big role to stimulate the agriculture and rural sector.

S Mahendra Dev is the director and vice-chancellor of the Indira Gandhi Institute of Development Research, Mumbai. 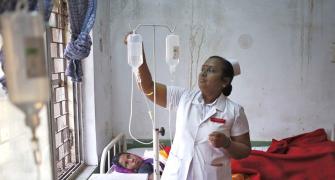