Gill, who studied at Modern School and Hindu College in Delhi, joined Deutsche Bank in 1991 and became its India CEO in 2012.

Incumbent Kapoor, who is also a co-promoter of the fifth largest private sector lender, was asked to step down by the Reserve Bank by January 31 for yet unspecified reasons.

The announcement sent Yes Bank stocks rallying by around 15 per cent intra-day and closed the day at Rs 213.85, up 8.4 per cent on the BSE where the benchmark gained 0.24 per cent in choppy trade. 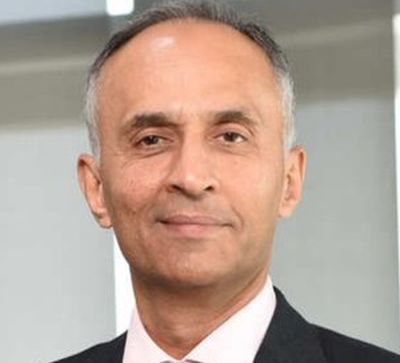 After the RBI move, the bank shares had lost more than two-thirds of its value.

Even after today's rally, the stock is almost 40 per cent below its 52-week high.

The bank, which has a loan book of over Rs 2.40 trillion, said it has received the RBI nod for Gill's appointment, effective on or before March 1.

However, there is still suspense over who will head the bank during the interregnum. The bank board is scheduled to meet on January 29 to decide on the "interim transition", its senior group president Rajat Monga told reporters.

He parried a question about a possible extension for Kapoor, saying the board will take a call on all matters.

Monga, who has been associated with the bank for the longest time, was reportedly the other candidate shortlisted by the selection panel and forwarded to the RBI.

Gill has had a long career with Deutsche Bank since 1991 and was the country chief executive from 2012.

While the largest German bank has 16 branches in the country, Yes Bank has 1,115.

A senior banker pointed out that while heading the local operations of a very large global bank one only implements broader policies, but as the head of a domestic lender, the "buck will stop with Gill" as he will have to take all the major decisions.

The second difference will be in the business outlook, as foreign lenders focus more on transactions which accrue fees, while the local ones focus on loan-book.

Kapoor, along with Axis Bank's Shikha Sharma, had their terms curtailed after the RBI had found that both the lenders under-reported NPAs by a cumulative Rs 10,000 crore each for two consecutive years.

It’s a different matter that the regulator did not officially impute any reasons for its decision on these bankers.

While the exit of Sharma was a smooth affair with her bank getting a new head, the same was not the case with Yes Bank, which faced several setbacks.

The bank board unsuccessfully appealed to RBI for an extension to Kapoor beyond January.

The rejection saw investors hammering the stock to multi-year lows and multiple directors, starting with chairman Ashok Chawla, resigning from the bank board.

The lender formed a search panel headed by former Irdai chairman TS Vijayan to look for Kapoor's successor, and the committee also received a set back with former SBI chairman OP Bhat, one of the members, resigning.

The board can also suggest changes to the management structure, including formation of new posts like that of a deputy managing director.

Multiple names were doing the rounds of speculation as the possible successors to Kapoor.

The search panel gave a list of names with the help of an executive search firm to the board, which forwarded the same to the RBI.

In between, there were attempts by Kapoor to make truce with his co-promoter, the late Ashok Kapur's heirs, so that the promoter grouping can be in sync while deciding on the future at the bank.

Between them, the promoters own nearly 20 per cent of the bank, while the rest is well diversified.

Kapoor cannot come in as a non-executive chairman of the bank either, something he tried to push through the board.