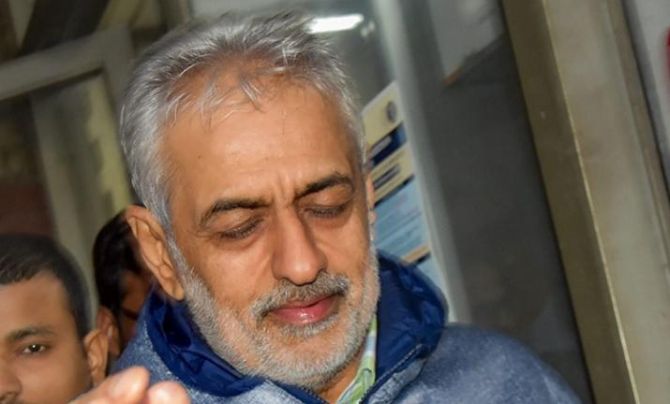 IMAGE: Talwar has been charged with criminal conspiracy, forgery and under various other sections of the FCRA. Photograph: PTI Photo

The Enforcement Directorate on Thursday claimed before a Delhi court that corporate lobbyist Deepak Talwar has links with fugitive Vijay Mallya in a money laundering case.

Special Judge S S Mann extended the ED's custody of Talwar till February 12 after the probe agency said he was to be confronted with his son who is currently abroad and has been summoned by the investigating agency for February 11.

ED had sought extension of custody for Talwar by seven days.

The court had earlier allowed ED to quiz him in custody for seven days, after the probe agency alleged that he acted as middleman in negotiations to favour foreign private airlines causing the loss to national carrier Air India.

ED claimed before the court that investigation has revealed Talwar's links with Mallya, when both were evading the process of law, and the probe is on to determine the trail of the tainted money.

The 62-year-old former Kingfisher Airlines boss, who has been on bail in the UK on an extradition warrant since his arrest in April last year, is fighting extradition to India on charges of fraud and money laundering allegedly amounting to around Rs 9,000 crore.

UK Home Secretary Sajid Javid on Monday had ordered the extradition of Mallya to India, in a major blow to the embattled liquor baron.

The 63-year-old businessman had lost a legal challenge against his extradition in a British court in December.

Talwar was deported from Dubai on January 30 and arrested by the agency after landing in New Delhi.

ED had earlier told the court that by interrogating Talwar it has to find out the names of officials of the Ministry of Civil Aviation, National Aviation Company of India Ltd and Air India, who favoured foreign airlines, including Qatar Airways, Emirates and Air Arabia, by making the national carrier give up profit making routes and profit making timings.

"It has been alleged that officials of Ministry of Civil Aviation, NACIL, Air India, by abusing their official positions as public servants and receiving illegal gratification, in conspiracy with other public servants, private domestic and foreign airlines, made the national carrier gave up profit making routes and profit making timings of Air India in favour of national and international domestic and foreign private airlines.

"This resulted in a huge loss of market share to the national carrier and also led to pecuniary benefits to private domestic and foreign airlines," the ED has said.

The investigation in the case has revealed the role of the accused as a middleman in the negotiations. "In lieu of the above, entities directly or indirectly controlled by the accused have received exorbitant amounts from Qatar Airways, Emirates and Air Arabia," ED has said, submitting a chart of total $60.54 million received by the firms directly or indirectly owned by Talwar between April 23, 2008 to February 6, 2009.

Talwar has been charged with criminal conspiracy, forgery and under various other sections of the FCRA for allegedly diverting Rs 90.72 crore worth of foreign funds meant for ambulances and other articles received by his NGO from Europe's leading missile manufacturing company.

His role in some aviation deals during the previous Congress-led United Progressive Alliance's (UPA) regime at the Centre is under scanner as well. Talwar was booked by the ED and the Central Bureau of Investigation (CBI) in criminal cases of corruption, while the Income Tax Department charged him with tax evasion. 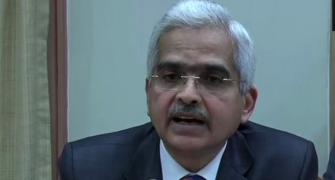 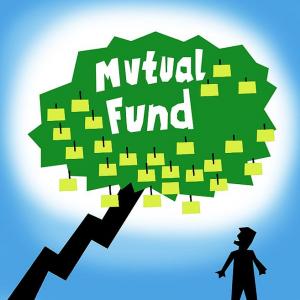 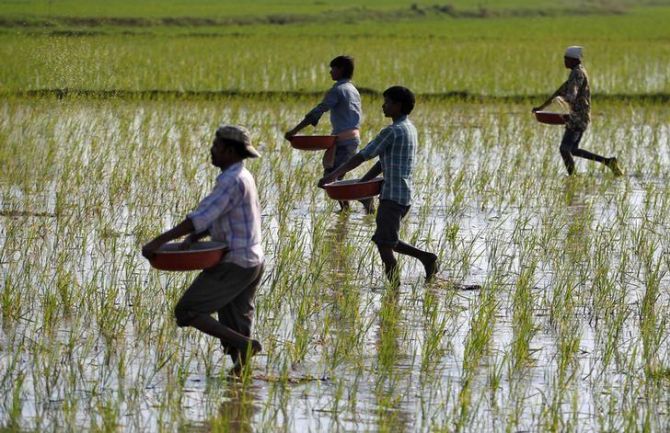