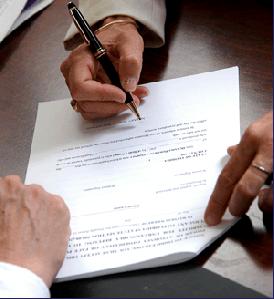 The government introduced a new registration form INC-29 -- which combined seven different forms into one -- on May 1 this year as part of its effort to ease the process of 'starting a business'.

Professionals who assist entrepreneurs to register companies -- advocates, chartered accountants, cost accountants and company secretaries -- feel this move will bring down the time taken to register a company from around 30 days to seven.

However, experts say there is scope for further streamlining the process and reducing instances of manual interventions.

"Form INC-29 has been a game changer in terms of company incorporation," says Lionel Charles, founder, indiafilings.com. His firm now registers companies in less than a week - a process that used to take 20-30 days -- he claims.

Earlier, the procedure started from getting a digital signature, and ended up with getting a commencement certificate for doing business.

The INC29 form has clubbed all this forms into one, other than INC-22. Now after getting digital signature, an entrepreneur needs to just fill up INC29 in order to register the company.
INC 22 - which is for notifying the address of the registered office - can be submitted within 30 days of incorporation.

Experts point out that with a single form, it should not take more than 3-4 days to register a company. "But that is not the case," says Agam Gupta, co-founder, quickcompany.in.

So what is the problem?

Ideally, entrepreneurs should get Director Identification Number, Permanent Account Number and tax-deduction account number delivered at their doorstep after filling up INC-29.

But company professionals still fill up DIR-3 (for DIN) separately.

Even now, a separate application form is registered on nsdl.com -- for the company's PAN card.

"These three functions are yet to be integrated in INC-29," says Hrishikesh Datar, chief executive, Vakilsearch.com.

Experts say an entrepreneur does not get any acknowledgment receipt after filling up its details in INC29 for PAN card. Without an acknowledgement receipt for PAN application, it is not possible to open a bank account in the company's name.

Gupta says they prefer to take the nsdl.com route to get the company's PAN card. There are instances where an entrepreneur who has not applied separately for PAN, has had to wait for a month to receive it.

Another big issue which delays the whole registration process is that Registrar of Companies frequently asks for a resubmission of documents while rejecting the name proposed by the entrepreneur for his company.

"It can be very arbitrary. There are times when we are not told the reason for name rejection," says Datar.

Earlier, when there was a separate form for name approval, a company professional was allowed to add six names in order of his preference. In INC-29, only one name could be given for ROC approval.

Such manual interventions in cases of re-submission could easily take additional eight to 10 days for companies to register Not all ROCs have begun accepting INC-29.

"The RoCs in Andhra Pradesh and Karnataka are, for example, continuing with the old process, claiming they haven't received official notification," says Datar.

Experts point out that getting a digital signature -- the first step for starting a business -- has been made unnecessarily complicated.

Earlier, self-attested photo identity proof and address proof were sufficient to get a digital signature, the government has now asked entrepreneurs to get these proofs attested by a banker, gazetted officer or a post master.

While the government has set the target of appearing among the Top 30 countries for ease of doing business by 2017, India still fares poorly when it comes to "starting of business", going by World Bank's recent reports.

The government's efforts to ease the process of company registration may be in the right direction, but there is still some way to go when it comes to experiences on the ground.