News
Business
Movies
Sports
Cricket
Get Ahead
Money Tips
Shopping
Sign in  |  Create a Rediffmail account
Rediff.com  » Business » Why financial tech start-ups must be under scrutiny

A technology provider cannot magically acquire banking skills or be trusted with your or my money, at least beyond a point, says Govindraj Ethiraj. Banking is first about trust and integrity and then about technology and the rest.

A few weeks ago, digital news website Medianama put out a report quoting mobile wallet company MobiKwik saying it was going to offer an annual “profit” of 6 per cent on users’ accounts whose balance was above Rs 5,000.

“We want to share our benefits with users to reward their loyalty and trust, thus are able to share this profit. This is not interest,” Medianama quoted the spokesperson as saying.

Moreover, the company would credit the amount to the user’s account on a monthly basis to incentivise the users.

This amazing sub-legal claim does not appear to have been questioned or challenged by anyone.

So I asked the Reserve Bank of India (RBI) whether there was any legitimacy in a 6 per cent “profit”, coming as it was from an organisation which is a non-bank (most generous definition) clearly trying to peddle a banking product or service.

The RBI spokesperson had this to say: “Mobile wallet companies are not permitted to mobilise funds/deposits by offering cashback in the nature of interest etc. To our knowledge the entity (Mobikwik) is no more allowing/offering such product.”

There is a larger problem. Of the many, mostly dud, ventures whose advertisements graced the front pages of newspapers in the last two years, the financial technology or fintech space appears to be the last bastion of hope for cowboy investors.

But this rising exuberance - nearly $1.2 billion invested in such companies last year - is worrying.

This is because unlike grocery delivery companies, fooling around with ordinary savers and their sentiments can have dangerous repercussions; more so in an emerging economy like India with an already frail banking system.

Remember how the microfinance companies went under when their funding tap closed?

Before I elaborate on the dangers, let me point out the positives as well.

Technology has a critical role to play in solving access and distribution challenges in the banking system, particularly through mobile phone enablement.

The challenges have arisen because of overzealous guidelines, a generational delay in effective computerisation and insufficient innovation even where it could have taken place.

For example, rigid know your customer (KYC) regulations have clearly inhibited the growth of the banking system.

Finally, it takes time to build a self-culture of transacting electronically, whether peer to peer or with a retailer of a product or service.

Here is where a new generation of start-ups combined smart technology and slick marketing to connect, for example, organised e-commerce to dispersed consumers.

Or rolled out aggregation services with inviting mobile and desktop interfaces helping you take loans or buy insurance policies.

But for all the lavishly funded cool technology wrapped in glitzy interfaces, many fintech companies are nothing but storefronts for products that are served by highly regulated entities, whether in retail loans, insurance or mutual fund products.

So what is the problem then?

With free flowing capital and the lure of a billion overnight consumers, the fintech start-ups (and their cheerleaders) feel they are rightly entitled to a piece of the banking system.

Or at least they act as such or will surely attempt to cut regulatory corners.

And why not, the public sector banks are making a mess of it anyway.

This is unwelcome for two different sets of reasons.

First, many of these products are fleeting.

According to him, all of them were not creating a bank, but riding “over the top” of the banking system.

The customer and the payment platform were that of the banks. “All they created were applications using networks and information to provide convenience at an attractive price point,” says Puri.

To sum up, a technology provider, however smart she might be, cannot magically acquire banking skills or be trusted with your or my money, at least beyond a point.

Which brings us to the second, more critical set of reasons, which is that at the core, banking is first about trust and integrity and then about technology and the rest.

It is about the trust of depositors and savers. It is also about the trust of a regulator that permits - and oversees - banks performing their traditional role of taking savings with an assurance that they will return the money the day the savers want it back.

Trust is another reason why the RBI takes its time over granting banking licences and turns down most aspirants knocking at its door.

Incidentally, for those who keep shouting on about the success of Kenya’s M-Pesa, you should also read about the continuing systemic concerns expressed by the Central Bank of Kenya about this model of payment systems. And the efforts being made to insulate it from risk.

The idea is not to belittle the role of technology in banking. We must welcome it with open arms.

And there is much to be done. We must equally remember that banking at the core is about protecting savings of ordinary people.

This is one reason why fintechs must be under double scrutiny and India’s financial system insulated from the machinations of reckless venture fund capital. 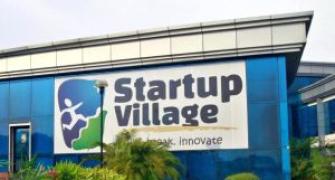 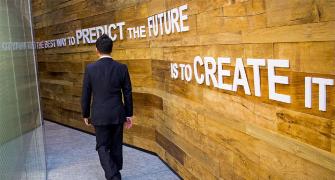 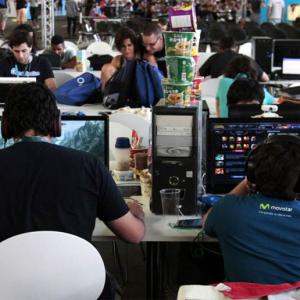