News
Business
Movies
Sports
Cricket
Get Ahead
Money Tips
Shopping
Sign in  |  Create a Rediffmail account
Rediff.com  » Business » How Modi can crack down on black money

Today, the single most popular route of laundering is the stock market platform, notes Debashis Basu. 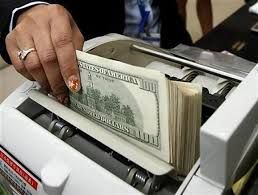 On September 30, when the window for black money declaration closed, the total disclosures amounted to only Rs 3,770 crore (Rs 37.70 billion).

Only 60 per cent of this money, or just Rs 2,262 crore (Rs 22.62 billion), will go into the government's coffers. What can Prime Minister Narendra Modi do to make the scheme work?

I believe he has to get his team to review the role of the Securities and Exchange Board of India (Sebi) in plugging one of the biggest ways in which black money is laundered into snow-white tax-free income.

The funny thing is, the government knows all about this - it is what the market calls black-ka-white schemes. Take a look at this shocking information.

A couple of months ago, Shaktikanta Das, then revenue secretary, wrote a 'Secret' letter to the Sebi chairman, informing him that an "investigation carried out by the Income Tax Department (ITD) shows that regulated securities/ commodities market mechanism has been misused for large scale systematic tax evasion and round tripping of unaccounted funds... to generate fictitious Long term capital Gain (LTCG)".

It further said, "Such rampant manipulations call for concerted and coordinated action by the agencies concerned. Sebi's proactive role in the above context is crucial."

It is surprising that the regulator needed to be goaded and pushed in this manner. After all, Sebi should have been on top of this issue on its own. My magazine has been openly writing about this black-ka-white scheme for years.

Also, Sebi had grandly claimed in December 2014 and again in April 2015 that it has busted schemes that misuse the stockmarket platform for money-laundering. Obviously, what Sebi claimed as a huge crackdown on those two occasions, hardly scratched the surface.

Indeed, in his letter to the Sebi chairman, Mr Das writes "the Investigation Directorates of Ahmedabad and Kolkata have already shared findings of their investigation in the bogus LTCG cases with Sebi with a request to take further necessary action against the unscrupulous share brokers/entities who have misused the stock market.

Note that the first letter was a year old. Mr Das then informs the Sebi chairman that Central Board of Direct Taxes is also in receipt of ad interim orders passed by Sebi so far (seven cases) in connection with the bogus LTCG racket.

These orders were passed on to the relevant Investigation Directorates of ITD for taking necessary action against the beneficiaries.

Then comes the bombshell, although couched in polite bureaucratese. Mr Das writes: "Investigations conducted by ITD in the transactions of the aforesaid nature could not bear the desired fruits inter alia for the reasons that in most of such transactions the regulators concerned such as Sebi did not record any adverse finding qua such transactions. Judicial authorities have held that unless the corporate veil is lifted, onus on revenue is not discharged. The action taken by Sebi in such cases unravelling the facade is of critical importance, in these cases for effective handling of menace of bogus LTCG."

We do not know why Sebi "did not record any adverse finding".

All we know is that in mid-2013, the earlier government with P Chidambaram as the finance minister had granted draconian powers to Sebi under which it can enter and search buildings, places, vessels, vehicles and aircraft of defaulters.

Its officers can break open the lock of any door, box, locker, safe almirah, etc to get information. It can ask for information or records from any person, banks, authorities, boards or corporation.

It has the powers of search and seizure, attachment of properties and arrest and detention of defaulters, as well as pass disgorgement directions.

Finally, the government has also allowed the market regulator to seek information from other regulators within India and abroad with retrospective effect, going as far back as 1998.

And yet, Mr Das had to remind U K Sinha, Sebi chairman, to tear down the corporate veil. He also had to remind him to take "necessary action in the 84 scrips identified by the Kolkata Investigation Directorate".

While Sebi has twice invested in highly sophisticated and expensive market surveillance software, the finance ministry had to tell Sebi to devise a "mechanism to raise triggers on this kind of suspicious trading on real time basis… so that preventive action could be taken before laundering takes place."

Mr Das ends his letter with a reminder that the "income-tax Act, 1961, prescribes time limits within which assessments can be completed and tax demands can be raised. Therefore, timely action from Sebi in such cases would help in ensuring appropriate actions by the Income Tax authorities. Sebi may take note of violations of KYC norms by the stock brokers for further appropriate action."

Tax experts tell me that black money generation will slowly die down if that money can't be laundered.

Today, the single most popular route of laundering is the stock market platform.

If Mr Modi really wants to crack down on black money, he must take a close look at what Sebi has been up to - nobody is supervising the regulator at all.