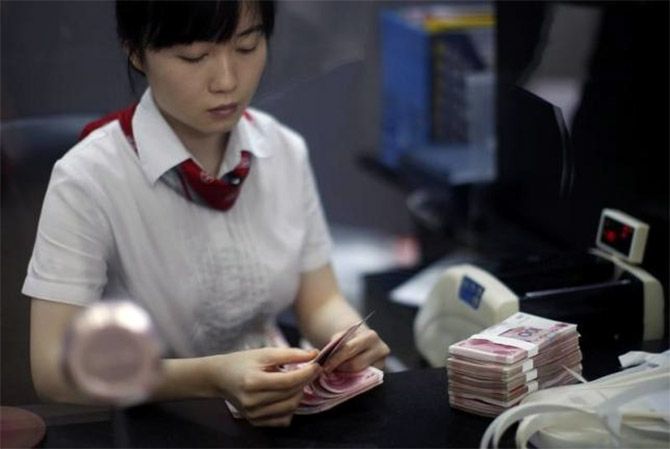 As we look back at the carnage in the global financial markets over the last few days, it is important to keep a few things in mind.

To start with, the ‘devaluation’ in the Chinese currency that is being blamed for this was actually pretty small, about three per cent to be precise.

A number of emerging market (EM) currencies, including the rupee, fell by more and their stock markets came under severe strain.

Equity prices in the developed world too saw large declines (the US’s Dow Jones Index lost about six per cent after the devaluation) and the commodity markets took yet another hit.

Thus the impact of China’s currency move was reminiscent of the clichéd example used to explain chaos theory to non-specialists.

A butterfly flaps its wings in the rainforests of the Amazon, and this through a complex chain of forces that do not work linearly, sets off a tsunami in Asia or a tornado in the American Midwest.

It is possible to an extent to identify some of the concerns that the Chinese butterfly, or devaluation, brought to the surface.

Certainly, it exposed the vulnerability of a number of the Asian economies that had built up massive stocks of foreign currency debt or had seen their domestic bonds being lapped up by investors in the Western world stuck with extremely low interest rates.

Take Indonesia for example: 60 per cent of its rupiah debt is held by foreigners.

The fact that a large fraction of emerging-market debt was issued to notoriously fickle portfolio investors rather than more stable holders like banks added to their problems.

According to the IMF, about 16 per cent of foreign holdings of EM government debt on an average were held by foreign non-banks (i.e. foreign asset managers) in 2008.

By the end of 2014, this share had increased to 23 per cent. Finally, emerging economy banks had started borrowing substantially from Western markets to fund loans and investments.

In short, the small devaluation in the yuan brought back memories of the 1997 Asian crisis when a similar set of conditions existed. It also kindled fears of a contagion that could spread from emerging markets to the global financial system a whole.

The second thing that the devaluation seems to have done is to force investors to revisit their forecasts for both China’s and global growth going forward.

It has certainly revealed the extent of desperation that has built up in China’s policy circles especially since it comes right after their botched attempts to prop up the equity markets.

Thus there are legitimate questions about whether China will clock growth rates in the ballpark of seven per cent, or whether a harder landing is due.

Second, the depreciation of the Chinese currency effectively ‘exports’ its deflation to other regions - particularly the US and Europe - by making Chinese imports cheaper.

Thus it not only creates problems for local producers in these regions, it also makes the task of pushing inflation up harder (remember that low inflation is the biggest impediment to growth in these regions). This could prolong the global recession.

This apprehension seems to be expressed most succinctly in the commodity markets, and currencies of economies like Russia that produce them. The rouble lost over 12 per cent after China devalued.

The biggest problem China’s new currency regime creates, in my opinion, is that it compounds the levels of uncertainty in the global financial markets.

To start with, there is the uncertainty about when and by how much China will engineer its next round of depreciation. The new system of a managed float enables it to let the currency slip whenever it finds it imperative strategically.

Besides, there is an increased ‘risk’ that the US Federal Reserve might take into account the impact of the emerging market mayhem and push back its rate lift-off from December.

There are other worries as well. Some analysts fear that, with oil prices falling, the Gulf economies will revalue their currency peg against the dollar so that each dollar of oil revenues translates into higher local currency revenue.

What should India do in response? The decision by the RBI to let the rupee slip in tandem against peer currencies seems wise.

The rupee had become somewhat overvalued in both nominal and real terms in relation to our Asian competitors and this was an opportunity to ensure a correction.

However, we are now in the zone where a logical orderly depreciation morphs into a panic. A run on the currency might be difficult to handle and both verbal and physical intervention is necessary at these levels.

If the depreciation pressure continues and the central bank needs to defend the currency, then cutting rates immediately might not be sensible.

However, in the medium term, we need to make sure that we are not the only economy sitting on high interest rates in the middle of a sea of deflation.

To ensure this, the central bank perhaps needs to look at another price index (the Wholesale Price Index certainly comes to mind) rather than remain fixated on the Consumer Price Index where the effects of global price sluggishness are far less muted.

Finally, we must remember that this might not just blow over in a few days. China is not Greece.

If indeed its devaluation is an augury of a deeper slide into a slowdown, the ramifications could be severe for all regions.

It is important to be prepared and the first step might be to get our domestic economic house in order. 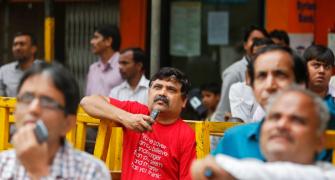 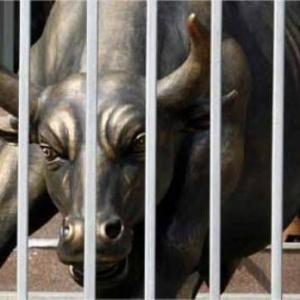 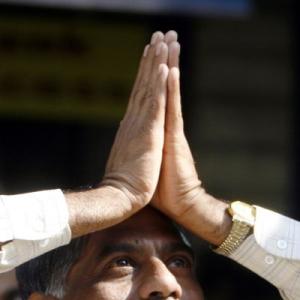