Factors that can help India improve its image globally

India was highly favoured by foreign institutional investors (FIIs) in 2014 and optimistic calls on market direction in 2015 start with an assumption of India seeing strong net inflows. 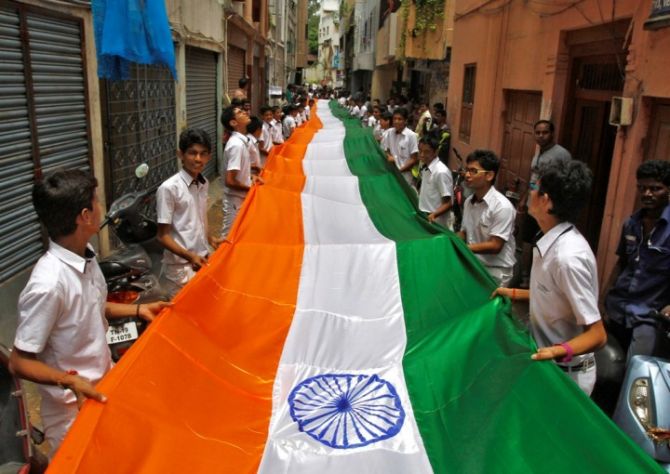 Image: The world is looking up to India for investments. Photograph: Reuters

India’s share of 2015 emerging market allocations will be driven by FII perceptions on likely growth and reform.

Conversations on Dalal Street continue to be dominated by global issues.

The US Federal Reserve meets next week in a policy meeting that will give direction to the trajectory of the almighty dollar.

America is doing well, with strong employment data and a good prognosis for 2015.

The dollar is in orbit and global growth is muted.

If Chairman Janet Yellen decides the Fed should tighten and/or raise policy rates, it would hurt global growth.

A stronger dollar has big implications for China with its yen-dollar peg.

The Chinese have cut policy rates and may cut again.

A stronger dollar could also be the last straw for Russia, which is struggling to contain a currency crisis with massive interest rate hikes.

Russia is under sanctions but it is certainly not isolated from the global system.

The run on the rouble is clearly infectious to some degree since it will affect the price of crude.

A desperate Russia, and weaker growth in China could mean a continuing downtrend in crude, metals and other commodities.

The Fed’s actions and statements will prompt action from traders tracking those variables. It will also influence emerging market allocations for 2015.

India was highly favoured by foreign institutional investors (FIIs) in 2014 and optimistic calls on market direction in 2015 start with an assumption of India seeing strong net inflows.

If there is a flight to safety or higher US treasury yields are available, those assumptions could prove wrong.

The latest trade data suggest that the Japan recession was shallow and a moderate recovery is underway. The BoJ will continue its quantitative expansion regardless.

Yellen’s stance will also influence the European Central Bank (ECB)’s strategy for early 2015. As of now, the euro zone is under the gun.

There was a very tepid response to a recent refinancing scheme, when the ECB offered very cheap money to banks. In effect, European banks said there are no borrowers.

To counter this deflationary signal, the ECB could now be looking to print money to buy sovereign debt from constituent nations.

Meanwhile, Greece has been hit by another wave of uncertainty as its government could fall. It’s unclear, however, whether this could cause serious contagion.

Meanwhile, in Delhi, the Centre is locked in negotiations with states about the Goods & Services Tax (GST). Unfortunately, given the hurdles to passing GST, it is very unlikely to go through by the targeted April 2016.

Passage in the Rajya Sabha must be followed by ratification by at least half of the states, followed by drafting and passage of GST Bills at Centre and in Assemblies and so on. Each step is fraught with uncertainty.

However, the introduction of amended insurance legislation, which allows an enhanced 49 per cent stake to foreign entities is clearly a boost.

So is the determination to pare down stakes and allow disinvestment in public sector banks.

Any movement on pending issues like coal allocations and a real estate regulator would be welcome.

But the October Index of Industrial Production (IIP) contracted 4.2 per cent y-o-y. Diwali was in October 2014, versus Diwali in November 2013 and Diwali often coincides with lower IIP.

If so, November 2014 may see a big rebound. Nonetheless, the magnitude of dip is worrying. Manufacturing IIP was down 7.6 per cent y-o-y.

Read together with Q2 corporate data and gross domestic product (GDP) estimates, this indicates the investment cycle is yet to start.

The rupee slid below Rs 62 against the dollar, partially because the Reserve Bank of India is boosting reserves.

The current account deficit is acceptable at about two per cent of GDP. Meeting fiscal deficit targets will be hard.

Government spending will have to be squeezed.

Stock market indices have corrected down by over four per cent in the last fortnight.

This is mainly due to weak global signals.

Overall, India’s share of 2015 emerging market allocations will be driven by FII perceptions on likely growth and reform.

The outcomes from the winter session of Parliament, which is due to end on December 23, will have a lot of bearing on those perceptions. 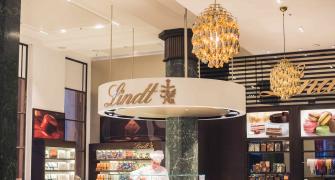 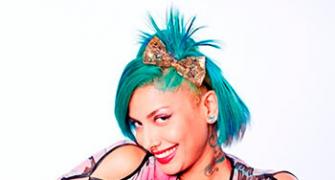 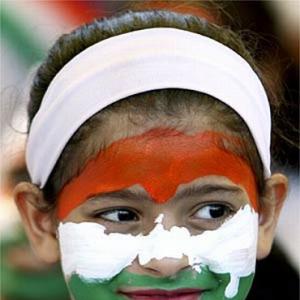